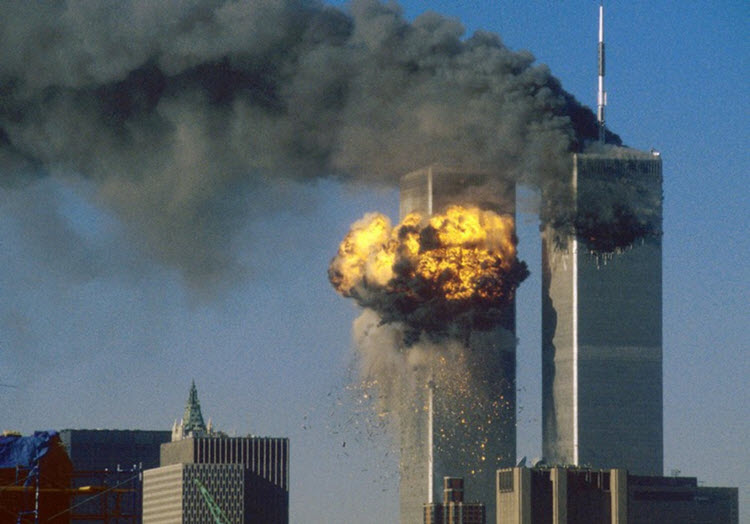 London, 11 Sep – The Iranian Regime must be held to account for their role in the 9/11 attacks, according to a human rights activist.

Heshmat Alavi, wrote an article for Al Arabiya, entitled “Revisiting Iran’s 9/11 connection”, in which he explored the links between the Iranian Regime and the biggest terrorist attack on American soil.

Alavi began by paying tribute to the over 3,000 people who lost their lives on September 11, 2001, before explaining how the real perpetrators- the Iranian Regime- have escaped without prosecution.

According to a bipartisan commission, there is strong evidence that the Iranian Regime facilitated the transport of al-Qaeda members (including future 9/11 hijackers) in to and out of Afghanistan in the months prior to the attacks, perhaps sheltering them from much-needed scrutiny.

Thomas E. Mellon Jr., a former lawyer for the 9/11 victims’ families, said: “… 9/11 depended upon Iranian assistance to Al Qaeda in acquiring clean passports and visas to enter the United States.”

The Iran-backed Hezbollah also trained alongside al-Qaeda in the 1990s and may have collaborated on the 1996 Khobar Towers bombing, which killed American military in Saudi Arabia. A 2011 court filing quoting two Iranian intelligence service defectors indicates that Iran and Hezbollah would have had firsthand knowledge of the attacks.

Mellon later said: “I am convinced that our evidence is absolutely real—that Iran was a participant in the preparations for 9/11.”

Iran was even condemned for its part in the 9/11 attacks by New York Judge George Daniels who was presiding over a 9/11 lawsuit in 2016.

Unfortunately, Iran has also benefitted greatly from the aftermath of the 9/11 attacks.

The Iranian Regime has a long history of starting wars (Iran-Iraq war) and interfering in foreign conflicts (Syrian Civil War) in order to avoid dealing with pressing domestic concerns; it creates a smokescreen and diverts attention away from the matter at hand.

Ahmad “The Manipulator” Challabi, fed the US false information about weapons of mass destruction (WMDs) in Iraq, which was the main reason for the US’s 2003 invasion of Iraq.

As a result of the destabilisation, Iran was able to meddle in Iraqi affairs under the guise of rebuilding the country and ultimately turned it into a puppet state.

Alavi wrote: “Iran would have every interest in facilitating the 9/11 attacks to divert international attention onto its rivals, while providing the opportunity for its forces and proxies to take full advantage of rendering mayhem across the region. A glance of the current status in Iraq, Syria, Yemen and Lebanon proves this point.”

He continued: “For too long investigations have failed to shed the necessary light on Iran’s role in the 9/11 attacks. Even the Commission, accused of never properly grappling the question of Iran’s knowledge prior to 9/11, nearly neglected very important facts gathered by the US National Security Agency about Tehran’s deep involvement in this regard.”

Alavai wrote: “It is necessary to highlight Iran’s role in 9/11 attacks and demand the senior Iranian regime hierarchy involved in blueprinting and implementing this attack to be held accountable before the law.”

He continued: “There is promise seen in the new US administration as it continues to turn up the heat on Iran. Yet until a lack of will prevents the launching of a new genuine inquiry into Iran’s involvement in the 9/11 attacks, it is up to us writers and journalists to dig deep and expose Tehran’s relations with terror groups across the globe, especially those involved in the horrific acts that changed our world 16 years ago today.”

Blair refuses to back Iran strike