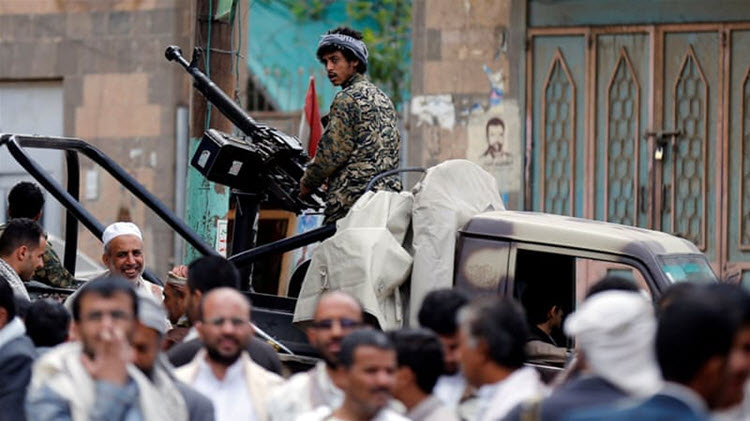 London, 2 Oct – Abdulrahman Al-Rashed, the former general manager of Al Arabiya News Channel, and former editor in chief of Asharq Al-Awsat, wrote an op-ed for Arab News, in which he advocated that in order to remove the threat posed by the Houthis, we must go after their backers: The Iranian Regime.

After all, the Houthis are merely the weapons that Iran is using in order to attack Yemen and by extension Saudi Arabia.

Rashed wrote: “Through the Houthis, Iran plans on finding its place at the Kingdom’s southern border, which poses a grave danger not only for Saudi Arabia, but also for any administration in Sanaa [in Yemen, on the Saudi border].”

Saudi Arabia is obviously keen to protect its borders from infiltration by terrorists and traffickers, as well as achieving peace in Yemen, which is why it is fighting to protect the Western-approved Yemeni government.

Rashed wrote “Riyadh suspects that the Houthi movement is a Trojan horse for Tehran, with the aim of encircling the Kingdom. The Houthis are actively attacking the southern Saudi border and its cities and, if not for Saudi Arabia’s strong defence capabilities, the Houthis’ missiles would have caused panic and serious damage to cities such as Jeddah, Makkah and Taif.”

According to Rashed, Saudi Arabia has three options. One, continue fighting hostile forces everywhere in Yemen. Two, continue providing the Yemeni government with military support to strengthen its influence in the region. Or three, focus on protecting its lands and establish a buffer zone on its southern border.

Rashed wrote “I believe the first option, an all-out war, would go on for too long, and in my opinion it is no longer necessary with the existence of a legitimate government in Aden. Besides, Sanaa barely has an influence on the rest of the world. The second option, completely walking out of the war, is not feasible because several forces — such as Iran and Al-Qaeda — would become active, causing the legitimacy to deteriorate. However, the third option, which entails wiping out hostile forces in northern Yemen and creating a buffer zone, would eliminate the Houthis on their home territory, and if the campaign succeeded it would serve the interests of both Saudi Arabia and Yemen, because most of the conflict has been created by the Houthis.”

He notes that the Houthis and their supporters are a minority in Yemen, accounting for no more than 10% of the overall population; their level of interference is not due to support by the people but by support from the Iranian Regime.

He wrote: “They are a small extremist religious group that is politically and ideologically affiliated with Iran.”

If left untackled, the Houthis could soon pose the same level of threat as Al-Qaeda

Rashed wrote “We can collaborate with the Yemeni tribes in the north, because they have always been allies of Saudi Arabia and brought stability to that region, in order to defeat the Houthis in Saada, which is their tribal and military headquarters.

By conquering Saada, we would wipe out all their militias in other conflict areas. When they withdraw from Sanaa as a result of the war on Saada, it will be easier to come to a peaceful resolution with other parties in the city.”

17-year-old musician to be hanged in Iran capital