Iran Continues Its Hostage-Taking to Gain Geopolitical and Financial Concessions 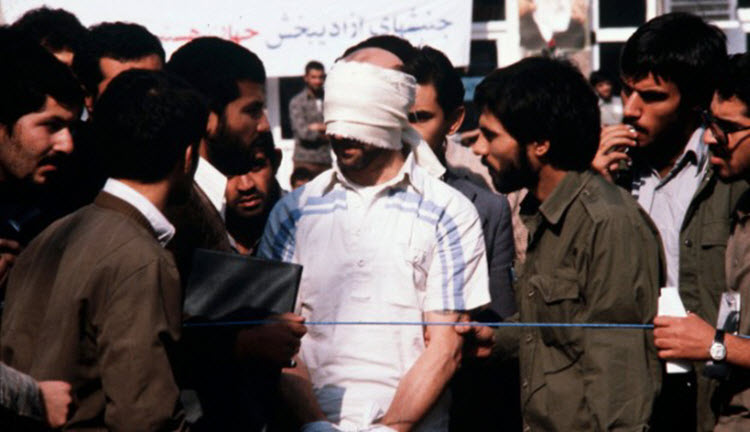 London, 13 Oct – Nazanin Ratcliffe is a British citizen who worked as a project manager for the Thomson Reuters Foundation’s charitable section. As she attempted to board a plane to return home after a visit with her family in Iran, she and her infant daughter had their passports confiscated by Iranian authorities.

Ratcliffe is now in prison on charges such of orchestrating a “soft overthrow” of the Iranian government. Her trial was conducted without due and fair process.

The number of Westerners imprisoned in Iran has increased since the nuclear deal. The US State Department has acknowledged the increasing threat against Americans, and issued a travel warning in March, “Iran has continued to harass, arrest, and detain US citizens, in particular dual nationals.”

In his article for Arab News, Dr. Majid Rafizadeh, Iranian-American political scientist and president of the International American Council, writes, “It is very important to understand the intersection of Tehran’s hostage-taking, foreign policy and revolutionary ideals. Its hostage-taking policy goes back to 1979, when the theocratic regime was established. It began with the US Embassy takeover in Tehran, which led to 52 Americans being held hostage for 444 days, until the regime achieved its political and ideological objectives.”

He adds that, “Tehran holds foreign hostages as pawns to extract economic concessions and obtain geopolitical and financial gains. It often uses these innocent hostages to swap prisoners.”

Tehran has learned that holding foreigners hostage can bring in money and increase its political leverage against the West, according to Dr. Rafizadeh, and therefore, submitting to Iran’s demands will encourage and reinforce its behavior. “For Tehran, holding hostages is a political and ideological exercise, and a form of leverage against other countries,” he writes.

Regarding hostage-taking, Tehran has been publicly asking for more money to release them. For recently arrested Americans, it said it is seeking “many billions of dollars” for their release. Tehran also uses hostages as a tool to pressure the West.

It appears that Iran is sending a message to the Iranian people — improved economic ties with the West do not mean political and social liberalization. Tehran is letting the West and young Iranians know that the nuclear deal does not mean it will welcome Westerners, alter its foreign policy or respect human rights.

Holding hostages is a means of imposing political and ideological leverage against Western countries for Tehran.