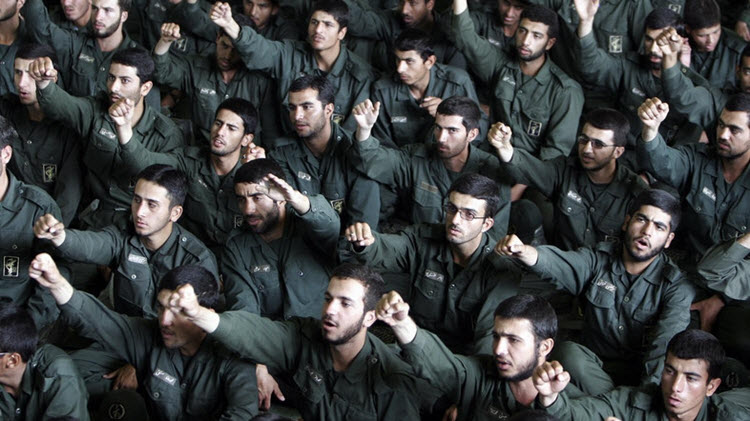 London, 26 Oct – Many people will dismiss the idea of a pact between the Iranian Regime and al-Qaeda because of the Shiite/Sunni divide but Iran has often sided with Sunni terror groups against the enemy it calls “the big Satan”; the US.

In fact, many of the commanders in the Iranian Revolutionary Guard Corps (IRGC) believe that they would be able to persuade al-Qaeda to fight alongside them in any future conflict against the West by simply offering them money or weapons or access to the IRGC’s network of terrorist groups across the world (including Hezbollah).

It is no secret that they have worked together in the past; the IRGC gave Osama bin Laden and other high-ranking al-Qaeda members shelter after the 2002 US invasion of Afghanistan. This was verified by a US State Department official in 2006 who said that they were not only sheltering al-Qaeda but also plotting terrorist activities from the luxury compound.

According to the intelligence services, this was just the start of an ongoing partnership which allowed them to set up terror cells in Europe. Indeed, during the reign of Iranian President Ahmadinejad it is believed that Iran nearly controlled al-Qaeda in the same way that they control Hezbollah.

The third-in-command in al-Qaeda, Saif al-Adel, is also closely linked to the Iranian Regime. He lives in the country for long periods of time and has no restrictions placed on his travel which proves how much the Regime values him.

A series of drone attacks, the rise of ISIS, and infighting since the death of Osama bin Laden has left al-Qaeda in disarray, so aligning themselves totally with the Iranian Regime would actually be a major plus for al-Qaeda (and awful for the world at large). They would increase their area of operations and receive backup for foreign operations.

It would also allow the Iranian Regime to wash its hands of any wrongdoing by laying the blame for terror attacks solely on al-Qaeda as it currently does with Hezbollah.

Tony Duheaume, an expert in the Middle East, wrote on Al Arabiya: “As far as a future alliance between Iran and AQ is concerned, with [Donald] Trump now US president, it could leave the door wide open for future co-operation between the IRGC and Hamza. With Iran outmanoeuvred over the nuclear deal, Trump has threatened to decertify it, and with his placing of new sanctions on Iran over its missile program, it could play into the hands of hardliners in both Iran and the USA.”

He continued: “In the US, neoconservatives within the administration have been itching for a war with Iran, and will push Donald Trump as far as they can to get one. While the hardliners in Iran’s administration, are itching to get their nuclear weapons program back on track. So, should the worst come to the worst, with too much pressure placed on Iran by the US administration over the deal, its path for nuclear weapons will soon be fast-forwarded, which could eventually lead to a military clash between the two nations.”

It is worth noting here that there are no hardliners versus moderates debate in the Iranian Regime- they are all hardliners but Duheaume’s point is clear: Iran may well choose to side with al-Qaeda in order to carry out an attack campaign through terrorist proxies over Trump’s decertification of the nuclear deal.