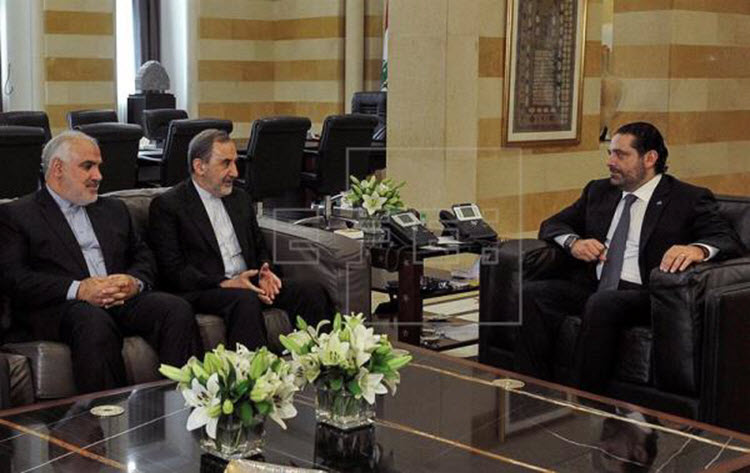 London, 6 Nov – The Iranian Regime has claimed that Lebanese Prime Minister Saad Hariri’s resignation is part of a plot to “create tension in Lebanon and the entire region”, shortly after being blamed for his decision to resign.

During his unexpected resignation speech, made during a visit to Saudi Arabia on Saturday, the Sunni politician blamed the Iranian Regime’s meddling in Lebanon, specifically through its proxy terror group Hezbollah, for his decision.

Hariri, who had been in office for less than a year, stated that the Iranian Regime is responsible for “disorder and destruction” in Lebanon and across the Middle East.

This is showcased not only in their meddling in Lebanon, but also their propping up of the Syrian dictator Bashar al Assad, their using of Iraq as a puppet state, and their support of terrorist cells like Hezbollah and al Qaeda.

Of the Iranian-backed Hezbollah, who have been accused by the International Court of Justice of assisting his father in a 2005 bombing, Hariri said: “Iran’s arm … has managed to impose a fait accompli on Lebanon through the power of its weapons [in the last few decades]. They have built a state within a state.”

He went on to offer hope to the people of the Middle East that the Iranian Regime’s reign of terror was coming to an end.

He said: “I say to Iran and its allies – you have lost in your efforts to meddle in the affairs of the Arab world. [The Middle East] will rise again and the hands that you have wickedly extended into it will be cut off.”

His shock resignation has stoked fears that there may be an escalation in the war between the Iranian Regime and the Gulf States who are fighting on opposite sides within the unstable Lebanon, and that the Iranian Regime could take advantage of the destabilisation in order to control the country using Hezbollah as part of their goal of a Shiite Crescent.

Walid Jumblatt, the leader of Lebanon’s Druze and the Progressive Socialist Party, said Hariri’s resignation could negatively affect the country and urged for dialogue between Saudi Arabia and Iran.

However, the Iranian Regime is unlikely to enter into a dialogue as they may have to answer for their consistent destabilisation efforts.

Hariri, who previously served as prime minister between 2009 and 2011, took office in late 2016 in a -sharing government headed by President Michel Aoun, a Hezbollah supporter.

Canadian Press: Iran must be held to account by...