British Intel Chief: Iran Is a Threat to the Whole World 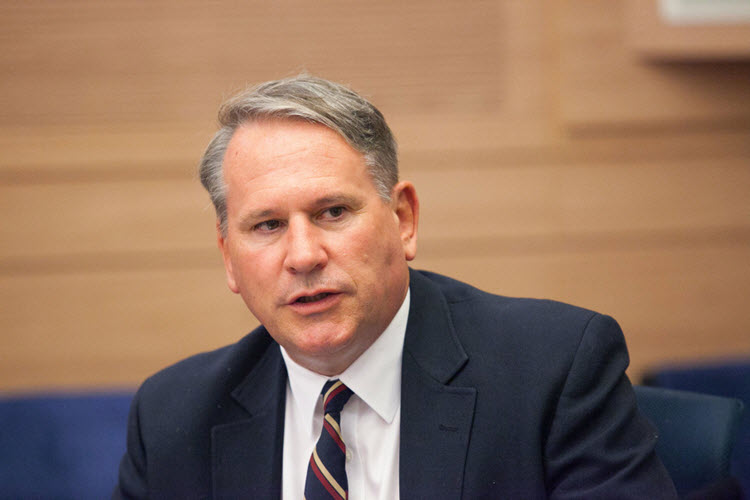 London, 14 Nov – The Iranian Regime is a grave threat to international security, according to one of the most decorated British intelligence officers.

Colonel Richard Kemp, former head of the international terrorism team at the UK’s Joint Intelligence Committee, gave an interview in which he explained that the Iranian Regime and its destabilising actions were not just a threat to the Middle East but to the entire world.

He said: “I see Iran as the greatest threat to world peace today. Not just to the Middle East, but elsewhere in the world.”

He specifically highlighted Iranian interference in Yemen to support the Houthi terrorist group, including supplying them with advanced weaponry like ballistic missiles.

Kemp said: “There is absolutely no doubt that Iran is playing a critical role in the Yemen conflict providing very effective weaponry that wouldn’t otherwise be there and also providing advice, assistance, support, and direction to the Houthis. Some people may exaggerate that but the reality is that it is very significant. In many ways it is comparable to Iranian aggression against Israel using their Hezbollah proxies as they use the Houthi proxies in Yemen.”

Recently, the Houthis launched an Iranian-built ballistic missile against Riyadh International Airport, highlighting that Iran is using this terror cell to target their enemies.

Kemp said: “This aggression in Yemen should be stopped as part of confronting Iranian imperial aggression across the region. It is not just the legitimate government in Yemen that is being undermined by these people, but we should also take account of Saudi’s concerns on their border. We obviously have an interest in regional stability and the threat to Saudi Arabia. We shouldn’t simply allow terrorists directed by Iran or anyone else to take over a country.”

Kemp praised the work of Saudi Arabia in countering and containing Iran’s aggression and expansionism in the region, in particular the boycott of Qatar- a key Iran ally. He advises Britain to cooperate more with Saudi Arabia as Donald Trump is already doing.

Kemp also praised Trump’s work to counter Iran in the Middle East, including his decertification of Iranian compliance with the 2015 nuclear deal, labelling the Iranian Revolutionary Guards Corps (IRGC) as terrorists, and pushing for further non-nuclear sanctions against the rogue state.

Furthermore, Kemp called on European governments to use more repressive measures in the face of increased terror threats, especially from terror groups that are funded and armed by the Iranian Regime.

Washington Times: Iraq and Iran will top the foreign...

Kurdish murder in Vienna still in mystery 20 years on

AFP: The murder of a Kurdish opposition leader in...