Is Iran Regime Responsible for the Kandahar Bombing That Killed UAE Diplomats? 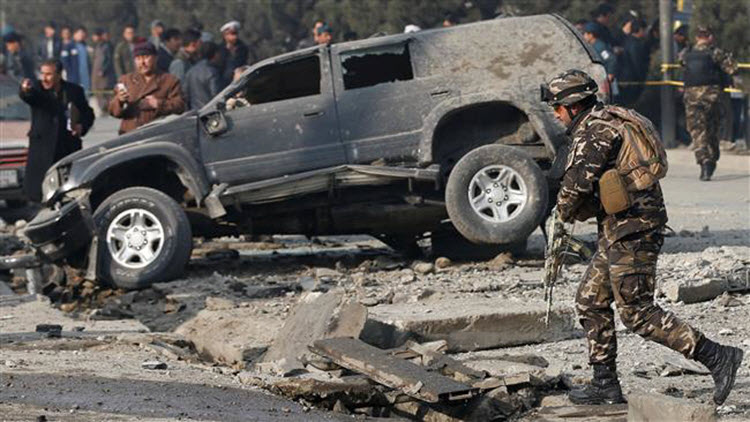 London, 14 Nov – Back in January, a highly-sophisticated radio-detonated bomb exploded at a Kandahar government building where United Arab Emirates (UAE) diplomats were meeting to discuss their proposed humanitarian projects in Afghanistan, killing 12 and injuring 14.

Lawrence Sellin, a retired US Army Reserve colonel, wrote on The Daily Caller that he suspects the bombing was the result of an intense rivalry in the Taliban, possibly sparked by the Iranian Regime.

A Taliban faction led by Mullah Muhammad Rasool, formed in response to Mullah Akhtar Mansour’s takeover as leader of the Taliban following the death of Mullah Mohammed Omar in 2013.

Rasool was the Taliban’s shadow governor of Farah Province on the Iranian border who created the High Council of Afghanistan Islamic Emirate, which had close ties to the Iranian Regime.

In 2016, Mansour, who also had links to Iran was killed in a US drone strike after returning from one of several trips to the rogue state. He was succeeded by Hibatullah Akhundzada but still the dispute with Rasool continued. Just last month, fighters on both sides clashed along the Iran border.

Sellin wrote: “Both Iran and Rasool would have had motives for the Kandahar attack, the former to punish the UAE and exert greater influence in Afghanistan, and the latter to discredit and challenge the Quetta Shura and Pakistan.”

The Iranian Regime was angry at the UAE for allying itself with Saudi Arabia to oppose Iran’s constant attempts to expand its control over the Middle East, including their support of Syrian rebels against the Iran-backed Bashar al-Assad dictatorship, sending troops to fight alongside Saudi Arabia in Yemen against the Iran-supported Houthi terrorist group, and working with other Gulf Cooperation Council states to isolate Qatar, a key Iranian ally.

There is evidence against Rasool but it seems weak. He’s originally from the area that the plan was supposedly hatched and the suicide bomber had been encouraged to move from Rasool’s stronghold in Farah Province to Kandahar by unnamed Taliban members. That’s not exactly motive.

Sellin wrote: “All of the above also begs the question – rather than frontal assaults, why doesn’t the U.S. more effectively exploit the fault lines within and among Islamic terrorist groups?”