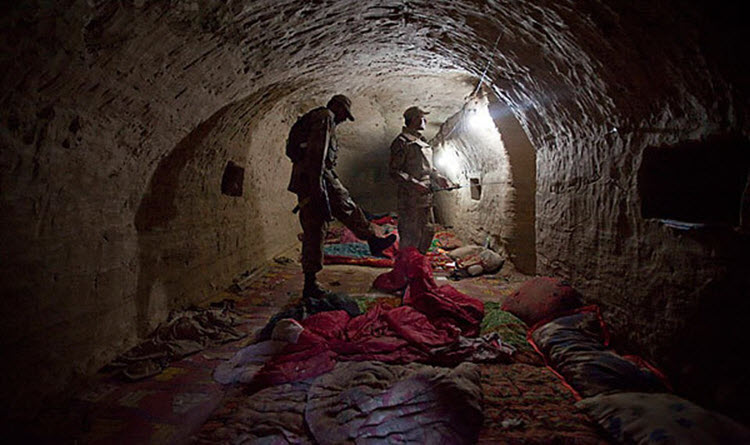 London, 15 Nov – As ISIS is rapidly losing ground in Syria and Iraq, the Iranian Regime is helping the world’s most well-known terrorist group come back from the ashes.

We now know that the Iranian Regime has made a secret pact with Al-Qaeda to rebuild the terrorist group and help it prepare for phase two.

This shocking information was revealed in an investigative report by The Atlantic, which featured interviews with several of Osama bin Laden’s family members and Al-Qaeda members, published just days after the CIA declassified documents from the 2011 raid on bin Laden’s Pakistan complex, in which bin Laden died.

Those documents confirmed the deep relationship between Al-Qaeda and the Iranian Regime’s Revolutionary Guards (IRGC) which began in the 1990s and became more involved in the time directly before and after the 9/11 attacks. Iran even sheltered bin Laden’s son, Hamza, in Iran and even allowing him to marry whilst there.

What did the US know?

The George W Bush administration- who knew about this via backdoor channels- were worried that focusing on Iran would undermine the campaign to oust Saddam Hussein and refused to act.

It is worth noting that the campaign against Saddam was founded on accusations of him sponsoring Al-Qaeda and having weapons of mass destruction- something not true of Iraq but entirely true of Iran.

However, Dick Cheney’s office did tell US envoys to Iran and Afghanistan that once regime change had been achieved in Iraq, Iran would be next. This never materialised, however.

Mahfouz Ibn El Waleed (also known as Abu Hafes al-Mauritani), a Mauritanian Al-Qaeda commander, left Pakistan for Iran in December 2001, posing as a medic and carrying a suitcase full of US dollars.

He had a meeting with General Qassem Soleimani, the commander of the IRGC’s militant Quds Force and arranged the secret transfer of Al-Qaeda leaders from Pakistan to Iran to hide from the international authorities. Some of the Al- Qaeda members were given false travel documents, allowing them to escape to other countries.

In 2002, more Al- Qaeda members were given sanctuary in Iran including Saif al-Adel, Mohammed al-Masri, and Abu Musab al-Suri. This allowed Al- Qaeda to plot attacks against Saudi Arabia in 2003, which killed over 35 people (including nine Americans).

The Iranian Regime also transferred some of bin Laden’s family to a training annexe in north Tehran, before allowing them to leave safely in 2010.

Abu Hafes’ relationship with Iran began in 1995 when bin Laden sent him there to win military support for Al-Qaeda, after Iraq rejected the request. The Quds Force was more than willing to help and Al-Qaeda attended a training camp run by Hezbollah and sponsored by the Quds in Lebanon, where they researched, among other things, how to construct explosives capable of penetrating armoured vehicles.

Reuters: The European Union on Friday insisted Iran give...