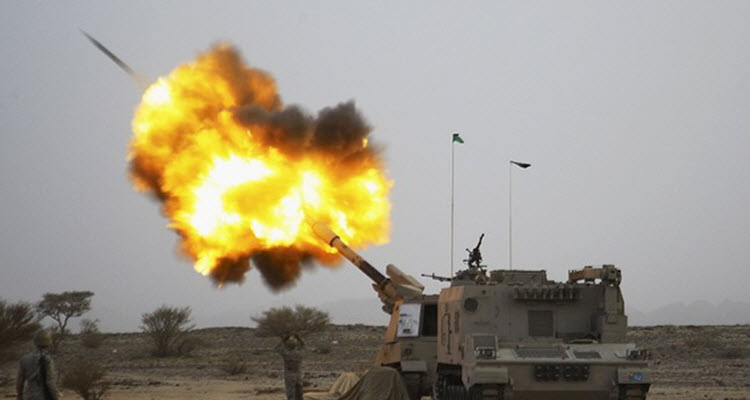 London, 15 Nov – The Iran-backed Houthi militia has launched 70 ballistic missiles against Saudi Arabia since the Saudi-led operation to restore the legitimate government in Yemen began in 2015.

According to sources cited by the Asharq Al-Awsat newspaper, 14 missiles were launched towards to the city of Jazan, 9 towards Nejran, and 56 against other areas in the central and southwest regions of the Kingdom. This includes the one launched last Saturday against Riyadh international airport, which Saudi Arabia saw as a direct military aggression by Iran.

The Saudi-led coalition representative Colonel Turki al-Maliki said that the missiles provided by Iran to Houthis were built by Iranian experts, with the support of Lebanese Hezbollah.

He said the Iranian Regime is trying to control Bab el-Mandeb, which presents a clear threat to regional security and stability.

The US and France have both agreed with this in part in statements released last week.

The Regime denies building the missiles or supplying the Houthis (which violates two UN resolutions) but the fact remains that the Houthis did not have access to this type of weaponry when the campaign started, nor do they have the knowledge to create it now.

It is also worth noting that the Iranian Regime is one of the Houthis’ last allies and the terrorist group would not do anything to displease them. It is believed that the Houthis have been attacking Saudi Arabia (one of Iran’s biggest enemies) under the express order of the Regime and Supreme Leader Alie Khamenei.

Essentially the Houthis are acting as proxies of the Iranian Regime.

These missile attacks have killed 95 civilians, injured 828, and caused the displacement of over 20,000 people.

As a result of the most recent attack, the Arab Coalition to Support Legitimacy in Yemen has closed all entry points into the country- with the exception of humanitarian aid- to prevent Iran from smuggling in more missiles to their proxy.

Saudi Arabia has also announced a list of 40 militia leaders and others responsible for planning, executing and supporting various terrorist activities by the Iran-backed Houthis- offering a total of $430 million in rewards for information that would lead to their arrest.

AP: A jubilant Ayad Allawi claimed victory for his...

AFP: The United Arab Emirates and Germany said on...