We Must End Iran’s Control in Lebanon 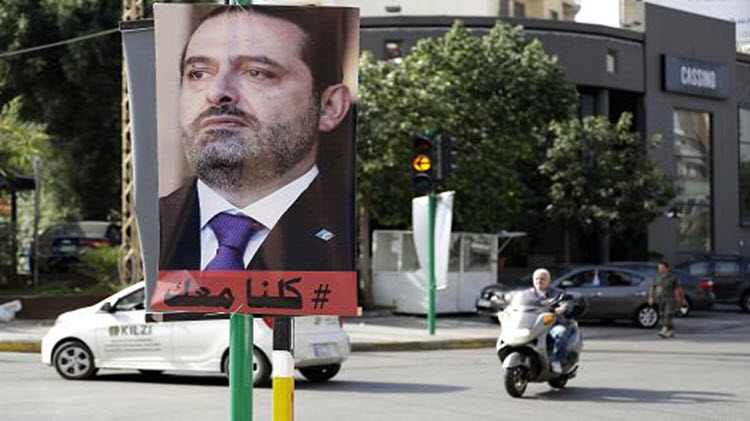 London, 21 Nov – Lebanese Prime Minister Saad Hariri resigned in a shock conference live from the Saudi Arabian capital, earlier this month, noting that he was unable to lead a government which was infiltrated by foreign agents who were plotting to assassinate him.

Hezbollah, a terrorist organization that is backed by the Iranian Regime, controls much of the Lebanese government to the extent that Hariri felt he could no longer stop them from their destabilising actions across the Middle East.

Hezbollah, as an Iran proxy, is involved is money laundering, drug trafficking and militia financing to destabilise the Middle East and prop up a violent sectarian system.

They have also been known to threaten Lebanese ministers with threats of violence or extortion, even assassinating former Prime Minister Rafik Hariri along with any other prominent figures in 2005, yet Lebanon still refers to it as an opposing political party or even the resistance movement as opposed to calling them the puppet of the Iranian Regime.

Hussein Shobokshi, the host of the weekly current affairs program al-Takreer on Al Arabiya TV, wrote on Al Arabiya: “Hezbollah is undeniably and unmistakably a terrorist organization that does not deserve to live in a respectful and honourable manner.”

There is no reason to doubt the clear link between Hezbollah, headed by terrorist Hassan Nasrallah, and the Iranian Regime.

For years now, the Regime has been using the terrorist group to export its brand of religious fundamentalism throughout the Middle East, creating smaller terrorist proxies in many different countries, like the “Abdali cell” in Kuwait, and dangerously destabilising the region. This can be seen too in the other countries that are essentially under the control of the Regime; Yemen, Syria and Iraq.

Much of the Arab world remained silent about the Regime but it is not too late to speak up and offer help to the besieged people under the control of Iran.

Yes, Iran’s control over Lebanon has taken its toll on the country, creating sectarian rifts, financial corruption, social strife and political upheaval, but that doesn’t mean that the Regime cannot be evicted from the country and the balance of power restored.

Shobokshi wrote: “Lebanon is kidnapped, occupied and threatened by an organization with no honour, no morals, and no loyalty but to Iran. If Lebanon is led by a group that is absent and chooses to be absent, the Arab world does not have to cope with this nonsense and political hypocrisy.”

AFP: Britain, France and Germany have officially called for...