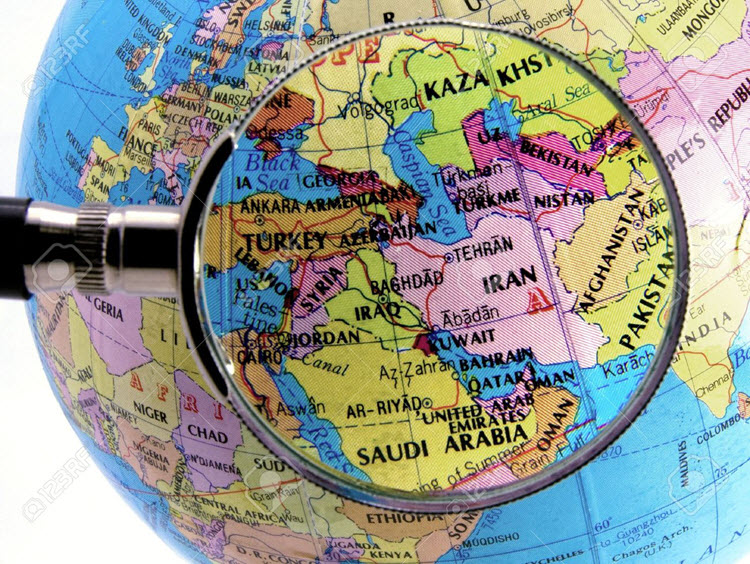 London, 21 Nov – The Iranian Regime is meddling in the sovereign affairs of the other Middle Eastern states. Indeed from the constant news reports out of Syria, Lebanon, and Iraq, it seems as if Iran is trying to build a new empire.

This is no new thing. Iran’s regional ambitions have been clear to those paying attention for quite some time. That’s why in 2014, after the fall of Yemen’s capital, Sana’a, to the Iran-backed Houthi rebels, the Iranian Regime claimed control of four regional capitals (including Beirut, Damascus and Baghdad).

Since that time Iran’s chokehold on these cities has only tightened.

• Syria: Iran is now reportedly planning to have a permanent military presence in Syria, as part of a partnership with the Bashar Assad dictatorship.

• Lebanon: The Iran-backed Hezbollah terrorist group is now the biggest power in the Lebanese government, prompting Saad Hariri to resign as prime minister, earlier this month, claiming that he could not help his country.

• Iraq: The Iran-backed Shiite militias (hashd al-shaabi) now dominate the Ministry of Interior and are the likely victor in the 2018 elections.

• Yemen: The Iran-backed Houthis are gaining more power and posing a bigger threat to Saudi Arabia and US interests in the region thanks to political and military support from the Regime.

Worse still, the project is reportedly speeding up.

The Iranian Regime has deployed many separate groups of fighters to Syria to fight in the Civil War, including the Islamic Revolutionary Guard Corps, Shiite militias from Iraq, Pakistan, Afghanistan and Yemen. Some estimates put this at around 200,000 fighters and the worst part is that we don’t know where they will be deployed next.

Also, the Iranian Regime has been setting up land bridges across the Middle East which will help them to transport fighters, money, and weapons across state lines without any interference. This is the goal of their Shiite Crescent. They are also able to do this via the air, trafficking terrorists via their “civilian” aircraft of Iran Air.

But why are they doing this?

Well, it may look like a show of military strength but Iran’s policy of regional destabilisation actually comes from its severe domestic crises. It is running out of money (except for war and terrorism), it is facing a drought, and it is deeply despised by its own people. The Regime is desperately trying to export this destabilisation by making the rest of the Middle East as unstable as it is.

What should the international community do?

• Continue to get tough on the Regime: The new US policy of sanctions, decertification of the nuclear deal, and listing the IRGC as terrorists is a good start, but the US must encourage other countries to adopt this policy as well.

• Don’t let Iran take advantage of ISIS’ defeat: It is no secret that the Regime has been seizing land from ISIS with no intention of returning it to its rightful county.

Despite the promises of the Iranian regime that they...