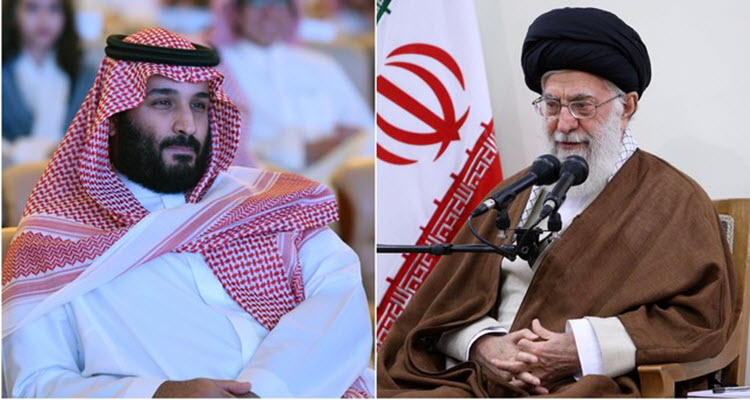 London, 29 Nov – There have been policy changes occurring in Saudi Arabia. King Salman provides direction and guidance, and his son, Crown Prince Mohammed bin Salman, provides determination. The crown prince has been describes as smart leader, who listens to opinions, but makes his own decisions.

The prince spoke about a number of issues, including the problem of Iran, during his recent interview with American journalist Thomas Friedman in the New York Times. He talked about Iran, saying that the Supreme Leader of Iran is “the new Hitler of the Middle East. We learned from Europe that appeasement doesn’t work. We don’t want the new Hitler in Iran to repeat what happened in Europe in the Middle East.”

Saudi journalist Mashari Althaydi, who presents Al Arabiya News Channel’s “views on the news” daily show “Maraya,” and former managing senior editor for Saudi Arabia & Gulf region at pan-Arab newspaper Asharq al-Awsat. Writes in his article for Al Arabiya, “This draws an interesting comparison of the political doctrines and historical myths, which are common between the Khomeini guide and the Nazi fuhrer. In addition, during Hitler’s days in Europe, there were no leaders who estimated the serious threats which Nazism posed.” He adds, “Britain’s Prime Minister Neville Chamberlain was weak, short-sighted and undetermined as he convinced himself of the usefulness of an ingratiating approach towards Hitler and of having dialogue with him.

Chamberlain only woke up from these illusions when the Nazis invaded Prague and he was replaced by Britain’s historical leader Winston Church. Those who think they can “convince” the murderers of the Khomeini Revolutionary Guards and their guide to become a “normal” state and not a group of ideologically obsessed gangs resemble Chamberlain of Britain on the morning of World War II.”

Several days ago, at a press conference broadcast by the Iranian channel Khabar, the commander of Iran’s Revolutionary Guards, Mohammad Ali Jafari, said, “If ISIS had been destroyed from the start, Iran would not have had any chance to establish and organize big and small armed groups across the region.”

Recently on Twitter, Lebanese politician Walid Jumblatt, wrote, “There is no shame and nothing wrong with direct talks with the Islamic Republic,” adding that it was “time to build Yemen away from Ali Abdullah Saleh and Abdrabbuh Mansur Hadi.”

Saudi Arabia is changing its policies. It is time to understand that there is a “new” Riyadh.

AFP: Iran's leadership has decided to reject demands that...

U.S. President’s Predicaments Won’t Stop the Us From Getting Tough on Iran