Iran Is Losing in Yemen 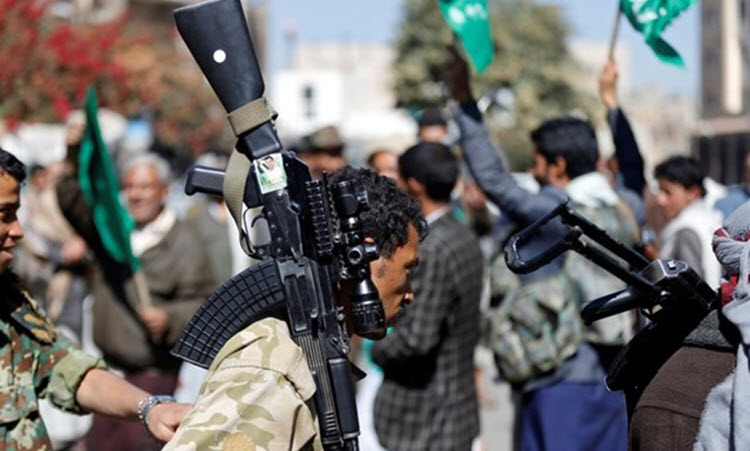 London, 14 Dec – The Iran-backed Houthi militias in Yemen assassinated former Yemeni President Ali Abdullah Saleh in a desperate scramble to save face in a war that it is losing.

Saleh was attempting to make peace with the Saudi-led coalition to reinstate the internationally recognised government in Yemen when he brutally murdered.

The Houthis killed him, likely at the behest of Iran, to stop him from revealing information about their relationship and convincing other in the Houthi camp to join the Saudi-led coalition.

Although Saleh’s assassination could still cost the Iran-backed Houthis a large number of supporters; it’s never been an easy alliance between Saleh’s loyalists and the Iranian puppets.

For years, Iran has sought to take control of Yemen and in 2015 they almost succeeded but the Saudi-led coalition helped Yemen’s army fight back and now the government of President Abdrabbuh Mansur Hadi has regained around 85 percent of Yemen.

If Saleh defected, Iran would have lost everything in Yemen but they still might.

Hadi has called upon the Yemeni people to stand up against the Houthis and promised that the Yemeni army will back their efforts, while Saudi Arabia has indicated that Yemen will be the first Arab state freed from Iran’s malign influence.

Amir Basiri, an Iranian human rights activist, wrote on the Washington Examiner’s Beltway Confidential blog: “Comprehending how the entire country is slipping out of its control and the Houthis may once again be forced into to hiding in northern Yemen, Iran desperately needs to cling to every possible strand of control. From Iran’s perspective, this crisis, coupled with a new wave of international isolation, is a recipe for disaster.”

As the international community wakes up to Iranian interference, they are increasingly moving against the Regime.

Tackling Iran’s influence is the first step towards world peace.

Basiri wrote:“For the world to begin experiencing true peace, a strong international front is needed to adopt coordinated measures by the U.S., Europe, and the Arab World to increase the price of Iran’s bellicosity. This initiative can start with liberating Yemen from Iran’s influence.”

He continued: “Such an effort will also send a necessary message to the Iranian people that the regime ruling their country for nearly 40 years no longer enjoys rapprochement-rendered concessions. This will be a boost to their efforts focused on establishing peace and democracy.”

Jordanian lawmakers call for cut in ties with Iran, Israel