Iran Increases Pressure on Hamas to Do Its’ Behest 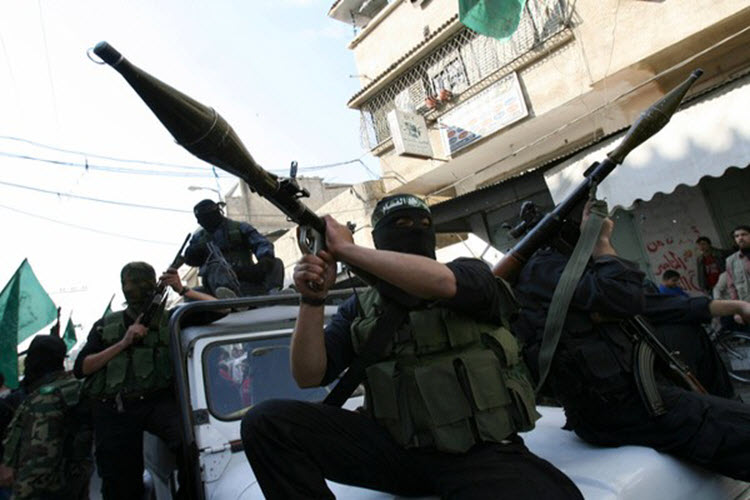 London, 23 Dec – Iran has been putting increasing pressure on Hamas by reducing financial aid to the terrorist group over the past two months, an Arab intelligence source told Breitbart. The source described the resulting financial crisis in Hamas as “unprecedented” and said the reduction in aid from Iran is meant to push Hamas to fully comply with Iranian policy on the conflicts in Syria and Yemen, political disputes in Lebanon and the issue of Palestinian reconciliation.

Inquiries have indeed shown that Hamas is suffering from growing financial troubles, a crisis that has purportedly been brought on by Iran’s insistence on keeping financial aid to the group at its current, reduced levels, almost of all of which goes to Hamas’ so-called military wing.

Last month, a security source said that Iran presented Hamas and Islamic Jihad with a list of conditions and demands for returning financial aid to its previous levels.

The Iranians demanded a clear commitment from Hamas to the Iranian axis of resistance, which also includes Hezbollah, the Syrian government, Iraq and the Houthis in Yemen. The source also said Iran expects that in the case of armed conflict between Israel and one of the axis members, Hamas and Islamic Jihad will “lead the Palestinian organizations against Israel so that the southern front will also be involved,” meaning the terrorist groups in the Gaza Strip would also attack Israel.

A source from within Hamas confirmed that the past two months have seen further cuts in the salaries paid to members of the terrorist organization’s “military wing.” While salaries had already been cut between 20-30%, these reductions have reached up to 50% over the last two months, the source said.

The source added that the crisis has taken a toll on the salaries payed by Hamas to the families of deceased organization members, meaning families of terrorists.

It has been six months since the NGO Al Nour, responsible for paying the families of the deceased and wounded, has been able to make payments to families, said the source, except for special humanitarian cases, in which these compensation payments have been reduced from $400 each month to just $120.

According to the source, this is the first time Hamas’ financial problems have affected the military wing and its production and training capacity.

But money isn’t the only leverage purportedly being used by Iran against Hamas. In recent months, as part of an attempt to improve ties with the terrorist group, Iran ordered the Gaza-based Shi’ite militia Al Sabirin to significantly reduce its activities to avoid creating antagonism in Palestinian public opinion against Hamas.

The terrorist group allows Al Sabirin to maintain its presence in Gaza, even as Sunnis and Shi’ites fight against one another in a number of locations across the Arab world.

Last week, the Iran-backed Al Sabirin organized a protest against President Trump’s decision to recognize Jerusalem as the capital of Israel.

During the protest, participants held photos of Hezbollah’s Shi’ite leader Hassan Nassrallah and commander of the Quds Force in Iran’s Revolutionary Guard Ghasem Suleimani. A source in Hamas told that Suleimani himself contacted Hamas and Islamic Jihad and warned them not to conflict with Al Sabirin ahead of their reappearance on the Gaza front.

AP: A lawyer for a cameraman who was accompanying...