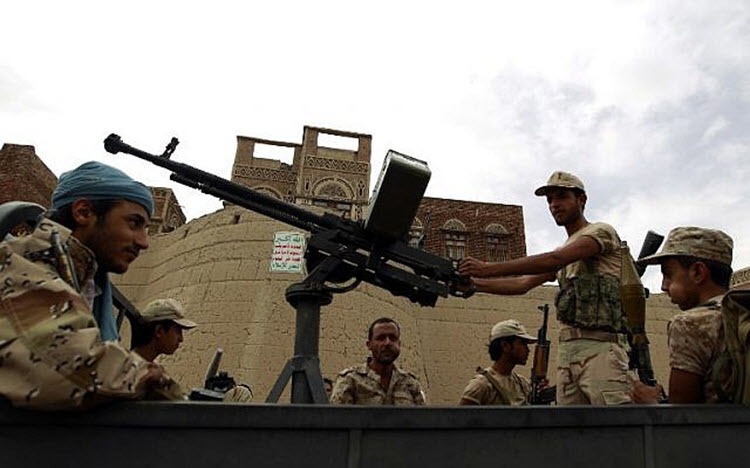 London, 13 Jan – Evidence has led to assertions that Iran violated an arms embargo imposed on Yemen by failing to prevent the Houthi rebels in that war-ravaged nation from obtaining Iranian missiles, including one fired hundreds of miles into Saudi Arabia two months ago.

The report said, “The Islamic Republic of Iran is in noncompliance” with Resolution 2216, adopted nearly three years ago after the war between the Houthi rebels and the Saudi-backed government in Yemen had begun.

The findings of UN experts’ 79-page confidential report have not yet been made public, but they were reported on Friday by Agence France-Presse, and confirmed by Security Council diplomats who had seen copies of the report. The report also includes 331 attached papers and will be distributed to UN Security Council state members on January 27th.

The findings of the report are expected to support the accusations against Iran that they are providing Houthis with weapons, including ballistic missiles, and add weight to American and Saudi efforts to ostracize Iran with accusations that the Iranians are engaged in destabilizing behavior in the Middle East. According to the report, “The panel has identified missile remnants, related military equipment and military unmanned aerial vehicles that are of Iranian origin and were introduced into Yemen after the imposition of the targeted arms embargo.”

The report said, in reference to the Security Council resolution that imposed the arms embargo, “As a result, the panel finds that the Republic of Iran is in non-compliance with paragraph 14 of resolution 2216 in that it failed to take the necessary measures to prevent the direct or indirect supply, sale or transfer of missile and unmanned aerial vehicles to the Houthi-Saleh alliance.”

That Iran sent “advisers” to help the Houthis in their war against the Saudi-led coalition was not ruled out by the UN experts. In fact, the UN experts found that missile remnants’ features were consistent with those of the Iranian-designed and manufactured Qiam-1 missiles, when the visited Saudi Arabia last November. the report said, “Drones were virtually identical in design to that of an Iranian-made UAV manufactured by the Iranian Aircraft Manufacturing Industries.”

The experts also found that Houthis had received more advanced missiles in January 2015, “including the Scud C and Hwaseong artillery units.” Use of these weapons against civilian targets in Saudi Arabia also violates the international human rights law.

AP: An Iranian news agency is reporting that the...