Tom Ridge: How the US Can Help Iranian Protesters Achieve Regime Change 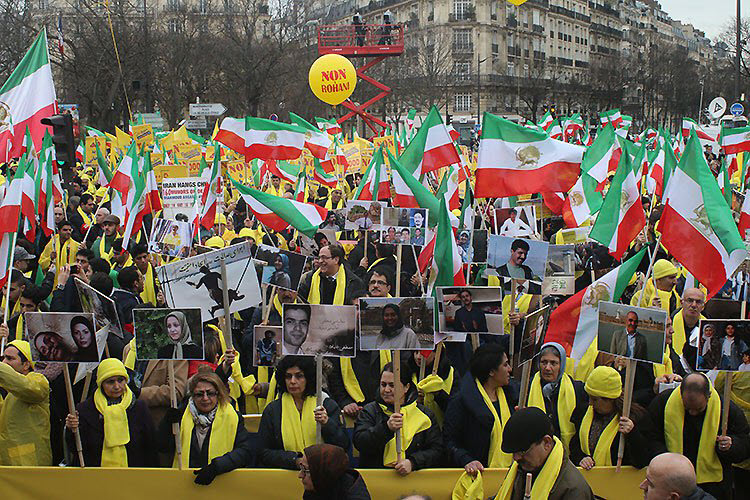 London, 13 Jan – Iran has recently been rocked by demonstrations that began over frustration about crushing poverty and widespread unemployment, but quickly changed to calls for the expulsion of the regime.

While smaller-scale protests, with more limited demands, had occurred almost continuously over the previous year, the strength of the protests came as a surprise. However, the regime’s response was shocking.

The National Council of Resistance of Iran (NCRI) released figures on the human cost of the first nine days, this past Friday. Drawing on information provided by the network of the Mujahedin-e Khalq (MEK), the NCRI’s leading constituent group, they determined that at least 50 people had been killed and another 3,000 arrested. Public acknowledgement of some of the killings and the arrests have Iranian authorities admitting to 500 arrests in Tehran alone.

These same authorities, however, attempt to downplay the numbers, and imply that participation is waning. Reports to the contrary are emerging. As President Trump observed in one of his several Twitter posts in support of the protesters: “The people are finally getting wise as to how their money and wealth is being stolen and squandered on terrorism. Looks like they will not take it any longer.”

Tom Ridge First Homeland Security Secretary and former Governor of Pennsylvania writes in his article for Town Hall, “Indeed, the majority of Iranians have been opposed to the absolute clerical rule since it was first imposed on them in the aftermath of the 1979 Revolution. But the regime-change movement has been waiting for a tipping point, and with the appropriate support from the international community, that point may soon be at hand.”

Trump’s personal praise for the protests displays his administration’s awareness that transformation of the Iranian government is attainable. As well, the spontaneous, grassroots nature of the demonstrations indicates that the transformation will be driven by the Iranian people themselves, without the need for the direct Western intervention that has failed in other instances.

According to Ridge, the White House must “design a clear strategy for how to support the Iranian people from a distance, not just in words but in deeds.” He says further that this must be done quickly, before the U.S. and its allies miss another opportunity to help the Iranian people.

Still, the unrest is growing. If the flow of information continues, growth rapid pace than it did nearly a day proceed rapidly. In contrast to 2009, when only one million Iranians had smartphones, today 48 million have access to the social networks.

Using those networks, the State Department stayed in touch with Iranians and encouraged them to use virtual private networks (VPNs) to evade new restrictions. Ridge says that this strategy should continue, but the U.S. and its allies should go further. “First, multinational censures should be directed toward all companies that help Tehran to curtail free speech and toward any individuals or institutions within Iran that respond to ongoing protests with human rights violations,” he writes, and adds, “Beyond this, Western governments should recognize the importance of publicly supporting sources of organized democratic opposition.”

A major force behind countless protests across the Islamic Republic in recent years is the National Council of Resistance of Iran (NCRI). Because it stands ready to hoist a unified banner in opposition to the continuation of clerical rule, the Iranian regime is believed to view the NCRI as the single greatest threat to their dictatorship.

Ridge calls alignment with pro-democracy citizens and groups within Iran, and recognition of the NCRI, its leadership, and commitment to a free, democratic, non-nuclear Iran, the most effective path for the U.S.

Iran is ‘only power’ that can secure Gulf: commander

AFP: Iran is the "only power" that can secure...

Reuters: Iran's chief nuclear negotiator has not come to...