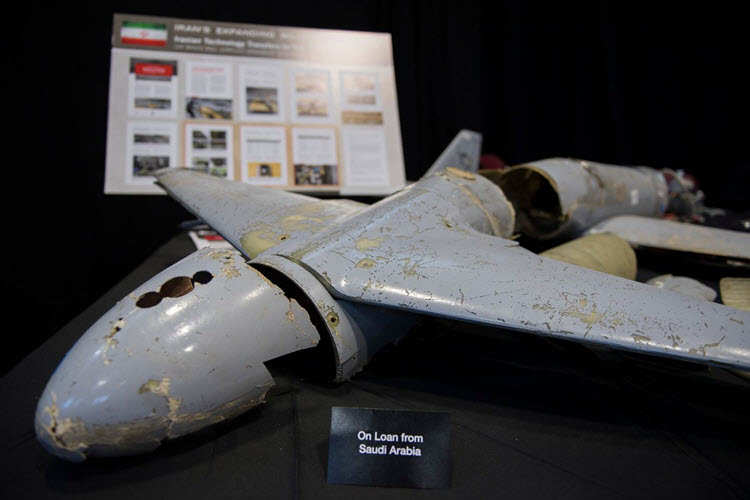 London, 17 Jan – A leaked United Nations report states that the ballistic missiles fired by the terrorist Houthis in Yemen were indeed made by Iran, which may give the US additional reasons to crack down on Iran and pull out of the 2015 nuclear deal.

The weapons fragments inspected by the UN appear to include debris from a ballistic missile attack on Saudi Arabia in November, which was fired by the Houthis.

The report appears to confirm the US’s long-held suspicions that the Iranian Regime has breached two UN resolutions about the launching of ballistic missiles (which enshrines the nuclear deal) and supplying weapons to the Houthis.

In December, US Ambassador to the UN Nikki Haley produced debris from short-range ballistic missile debris that she said was evidence of Iran’s illegal weapons proliferation as, under the nuclear deal, countries are supposed to intervene in the transfer of arms or related material from Iran or Iranian nationals.

It is, of course, possible that these weapons found their way to the Houthis via a third party but it is very unlikely that this happened without the Regime’s knowledge. They are well known for using proxy groups, like Hezbollah, to do their dirty work.

The report into Yemen’s civil war, which the UN calls the “world’s worst humanitarian disaster”, blames Iran for the majority of the conflict and Donald Trump could use this as evidence that further sanctions are needed against the Regime.

Trump has been heavily critical of the nuclear deal since the campaign trail, consistently accused them of failing to adhere to the spirit of the deal and finally decertified Iranian compliance with the deal in October.

One of the reasons that Trump has accused Iran of failing to live up to the spirit of the deal is Iran’s constant interference in other nation states, especially supplying weapons to terrorists like the Houthis.

So far in the Yemeni Civil War, almost 9,000 have been killed and nearly 50,000 injured, while seven million are on the brink of famine and one million are at risk of a cholera infection.

It began in March 2015, Shiite Houthi rebels (backed by Iran) drove the country’s internationally-recognised president Abd-Rabbu Mansour Hadi into exile and captured the capital of Sana’a. Shortly after, a Saudi-led coalition intervened to restore the government.