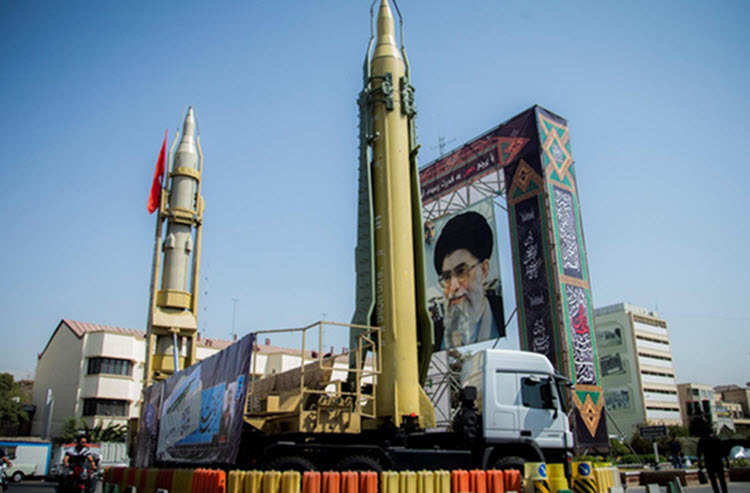 London, 18 Jan – The problems facing the Iranian Regime right now are not unique- an angry populace driven to the streets is actually fairly common in dictatorships- and it foretells the end of the mullahs’ rule.

The Iranian Regime has been content to ignore the plight of its people and spend its money on costly foreign wars to spread the ‘Islamic’ revolution abroad, its private police force (the Revolutionary Guards Corps (IRGC)) to keep the people in line, and to fill its own pockets. Now, the people who are left unemployed and starving by the Regime’s greed are going to take them down.

Although surprised by the timing, the Regime was prepared for a revolt. Many high-ranking members have bought property abroad and stashed money in foreign banks so that they can escape the consequences of their actions and they have also dispatched the IRGC’s Basij militia and other proxy groups from foreign wars to quell dissent through any means necessary.

Already at least 50 people have been killed for protesting and over 8,000 arrested, with at least five dying through torture in prison, according to Amnesty International, but the protesters are not giving up and going home. They are fighting harder for their fallen souls and are determined that the Regime should pay.

But let’s take a step back and look at why the Iranian Regime is so focussed on expansionism at the expense of its own people.

Since 1979, the mullahs have wanted to spread the ‘Islamic’ Revolution across the Middle East. They are currently conducting proxy wars in Syria, Iraq and Yemen under the pretext of providing aid to nations in line with its ideology, but the idea is that the government eventually becomes beholden to Iran if it wishes to stay in power.

Iran wants to create a Shiite Crescent across the Middle East in order to make it easier to transport weapons, money, and troops to its proxy militias, like Hezbollah, who help to spread chaos in neighbouring countries that Iran considers to be enemies.

Iran loses many fighters in these wars but largely choose to cover up these deaths in an effort to keep morale high. Of course, Iran doesn’t put a lot of its high-ranking officers into the battle zones and as such the proxy militias, who Iran largely considers being ‘cannon fodder’, lose many more people.

This brings us back nicely to the protests. The people who are protesting aren’t just aghast at the money that is being funned into foreign wars at the expense of the Iranian people. They are also distraught that their money is being used to suppress the people of other countries in the Middle East and cause so much death.

Tony Duheaume wrote on Al Arabiya “Should the mass dissent on Iran’s streets become more widespread, or foreign conflicts widen, [Khamenei will] be needing his praetorian guard, as his regime is now weaker than it has ever been.”