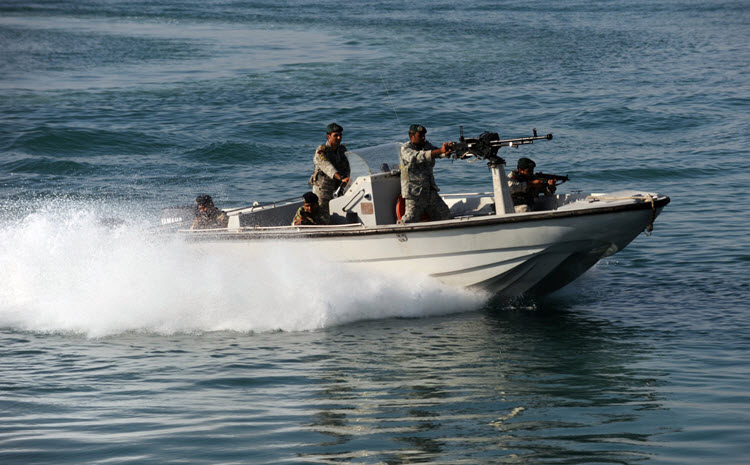 London, 29 Jan – The Iranian Regime and its Islamic Revolutionary Guards Corps (IRGC) finally appear to have ended years of harassment of US Navy vessels in the Persian Gulf and this has been interpreted by some as recognition of a significant policy change in America.

The NY Post describes this as a “dangerous game of chicken” quashed by the “new cop on the beat” i.e. Donald Trump. Simply, it’s a case of ‘no more, Mr. Nice President’.

In years past, the armed Iranian “fast boats” would charge at US ships in a manner that the US Navy deemed “unsafe or unprofessional” at least two times a month. It was not only a clear sign of disrespect and a test of the US’s patience, but it also ran the very real risk of the US firing upon the Iranian boats and starting a war.

According to the Wall Street Journal, this harassment ended last summer and the US Navy doesn’t have an official reason for why.

US Central Command chief General Joseph Votel said: “I hope it’s because we have messaged our readiness . . . and that it isn’t tolerable or how professional militaries operate.”

However, it is likely that Trump’s tough talk on Iran and the imposition of sanctions against the Regime has convinced the Iranian Regime that the harassment isn’t acceptable.

After all, President Barack Obama had shown far too much leniency in the Iranian Regime by not commenting in the wake of the Regime’s crackdown against the 2009 Green Movement protests, giving the Regime a largely one-sided nuclear deal, and ignoring Iran’s many provocations- including the taking of two navy crews hostage- after striking the nuclear deal.

This makes perfect sense. As the Iranian Resistance has consistently stated since 1981, the only way to deal with the Iranian Regime and its many, many flaws is through a firm policy that is followed through on. The Regime cannot be appeased if you want to modify its behaviour; the only way to achieve that is through more sanctions, more pressure, more firmness and more support for Iranian people and their democratic Resistance.

As such, the US and the international community should abandon their carrots and use only the stick to deal with the Iranian mullahs. They must impose sanctions on Iran for its support of terrorism, development of ballistic missiles, and numerous human rights violations, while working to ensure that the nuclear deal truly holds Iran to account.

Reuters: Iran holds pictures of Israeli bases and other...