Iran’s Protests Will Continue Until Democracy Is Realised 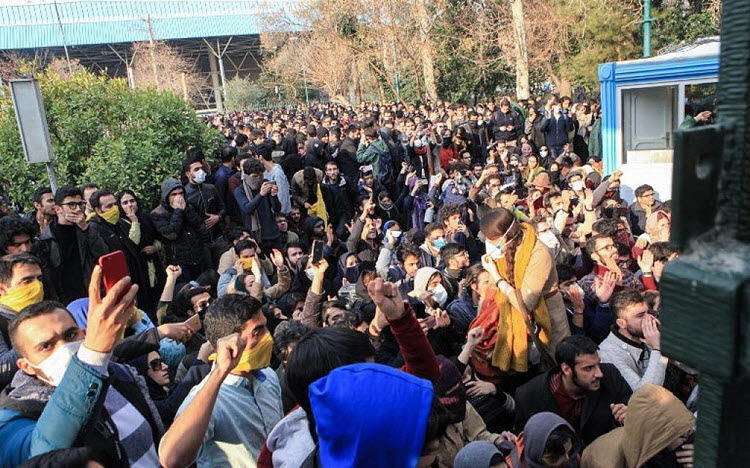 London, 29 Jan – The widespread protests across Iran have now been suppressed by the Iranian Regime’s so-called security forces but it is far from over. As such, the international community should be wary of writing this off as an anomaly and preparing to condone the Regime again.

These anti-regime protests that so disturbed the Regime didn’t spring up out of nowhere. In fact, they are the continuation century-long struggle for democracy and freedom in Iran and it should be expected that the protests will occur again and again until democracy is realised in Iran.

There are many reasons for the Iranian people’s suffering under the Regime for a failing economy to mass human rights violations to inherent corruption and the international community should oppose the Regime for it.

In the West, there is much talk of the so-called reformists in the Regime. Those with more moderate views who seek a better relationship with the international community, but this is merely a smokescreen. There are no moderates in the Iranian Regime.

The Iranian people highlighted this themselves during the protests, revealing that the moderates are executing Iranians for low-level crimes while putting more money into the military at the expense of the Iranian people. The Iranian Regime is made up of squabbling factions but they are fighting over power not policy.

Ultimately, it does not make sense for the international community to call for peace, while working with the mullahs who are ultimately responsible for the violence.

The Resistance is not over

Iran is a rich country that has been robbed by the mullahs and their lackeys and the only positive aspect is that the Iranian people are fighting back.

Reza Fiyouzat wrote on counter Punch: “[The Resistance] was not crushed. I cannot be crushed. Not for long; in any given decade, or two or three, we have risen up again and again since 1905; all of those major upheavals were also marked by smaller upheavals and recurrent unrest dispersed in between. Those in charge claim fantasies of having crushed the ‘sedition’, but that’s just hopeful thinking made into statements that history shreds on a regular basis.”

Fiyouzat explains that the demands of the people during the 1979 revolution, which was hijacked by the mullahs, have not been met and the Regime will soon be unable to ignore the Iranian people who are coming together to address all of the many, many problems of the Iranian Regime.

AP: The chief U.S. delegate to the International Atomic...