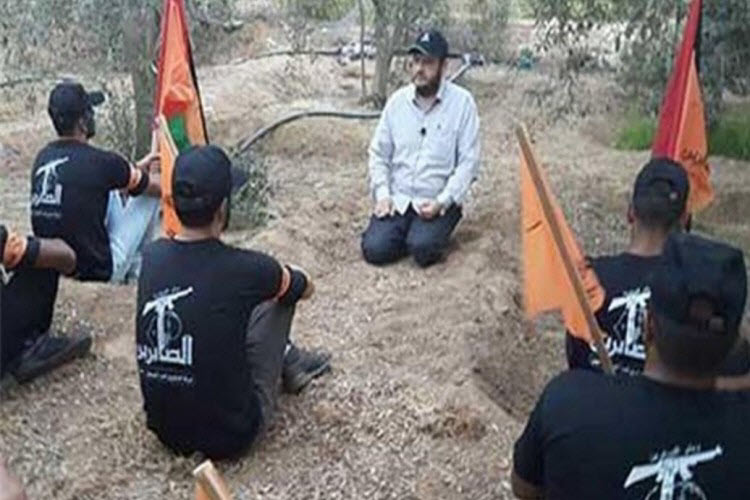 London, 01 Feb – The US announced a new round of economic sanctions targeting terrorist groups in the Middle East on Wednesday, and, as should surprise no one, one of them is funded by Iran.

Harakat as-Sabirin li-Nasran Filastin (As-Sabirin), which translates to The Movement of the Patient Ones for the Liberation of Palestine, is an Iranian-funded splinter Shia jihadist faction that has been active in Gaza since at least 2014, when one of its fighters died in a mysterious explosion at a weapons production facility.

Since then it has been attempting to establish a presence in the West Bank and launch attacks into Israel, which Iran refers to as the Little Satan.

The group is unique in Gaza because it is overtly Shiite in a mainly Sunni area. The leader Hisham Salem converted to Shiism and told his followers to do the same.

As-Sabirin, which gets roughly $10 million a year from Iran, was formed as a rival the Hamas during the falling out between Hamas and Iran.

Salem was a commander in Palestinian Islamic Jihad (PIJ), another Iranian-funded terrorist group, but left the PIJ with Iran’s support, after the Iranian mullahs fell out with Hamas and PIJ over the Syrian civil war, which Iran supported and was sending its terrorist proxies to fight in.

Even though relations between Iran and Hamas have now improved, with Iranian support to Hamas being at pre-fallout levels, Iran is still supporting as-Sabirin.

These sanctions are proof that the US and the Donald Trump administration are serious about going after terrorist groups in the Gaza Strip. The US State Department designation said that as-Sabirin fired rockets into Israel in September 2015 and detonated an explosive device that targeted the IDF in December 2015.

Shortly after those events, as-Sabirin formed cells in the West Bank and a five-man as-Sabirin cell was arrested by the Palestinian Authority in Bethlehem.

It is clear from this designation that the US government still sees a significant relationship between Iran and as-Sabirin, which it wants to break up.

Iran is the number one sponsor of terrorism in the world, and supports terrorist cells across the Middle East, regardless of religious affiliation. Why? Because Iran’s driving force is destabilising the Middle East through any means necessary. They will support terrorists of any religion, so long as they are prepared to cause havoc with the Regime can take advantage of

Reuters: Saudi Arabia will not seek to replace Iranian...