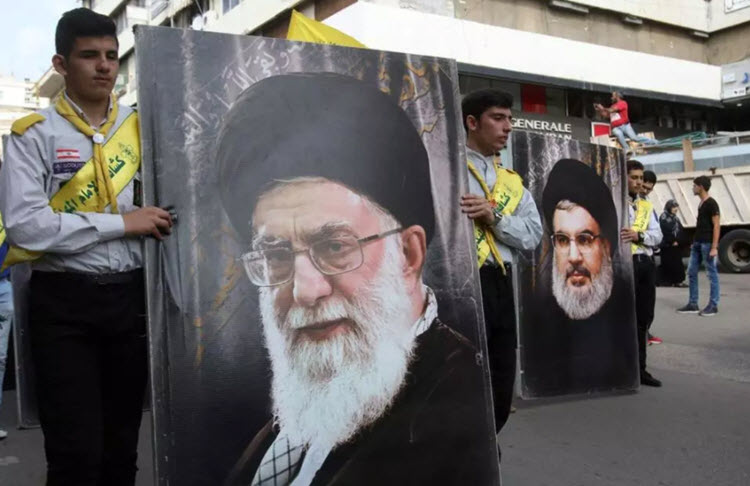 London, 21 Feb – In recent years, when the US has made statements against Iran-backed Hezbollah, they have often followed this up with support for the Lebanese army and security forces, but it is becoming increasingly clear that there is little, if any, distinction between the Lebanese state and the Iran-backed terrorist group.

When US Secretary of State Rex Tillerson arrived in Beirut, last Thursday, Hezbollah had created two new problems with Israel: a southern border wall and the debates over oil and gas extraction.

This caused Tillerson to make the US position on Hezbollah very clear. Hezbollah is a terrorist organisation with no difference between its military and political wings. He advised that Hezbollah and Iran were creating tensions in the region in order to destabilise the Middle East.

Iran seeks the destruction to distract others from its own problems, both domestic and international. It not only takes the focus off of Iran’s many failings, but also to create vassal states in the Middle East that will create a Shiite Crescent for Iran.

Radwan al-Sayed, a Lebanese writer, wrote: “There is no hope in this government, or in the prospect of it getting Lebanon out of the regional crisis with international support. There is also little prospect of the crisis-ridden economy recovering under the leadership of a corrupt government! Iranians are using Lebanon and turning it into a failed state, as they have done to Iraq and Syria.”

How Hezbollah became intertwined with the Lebanese state

Since the time that Michel Aoun became President of Lebanon, his government has lost any notion of neutrality and Iran-backed Hezbollah now has extensive sway over the region. Aoun openly supports the arming of the terrorist group as well as inviting its leaders in for talks on foreign relations and terrorism.

Prime Minister Saad Hariri, whose father was murdered by Hezbollah on the orders of the Iranian Regime, has made similar comments, even though this contradicts international resolutions, and threatens the security of Lebanon. Neither man will talk about the disarming of Hezbollah.

While in Beirut, Tillerson also committed US support for the Lebanese army, but refused US help to resolve Lebanon’s issues until Lebanon stopped violating international resolutions and allowing Hezbollah to have weapons.

The leaders responded by saying that they would not be able to support the US while it continued supporting Israel, but this seemed like a message by Iran and not by Lebanon itself.

Now, when Iran-backed Hezbollah disobeys international resolutions, like when leaders of the Iraqi and Iranian militias visit the Lebanese border, the Lebanese government does not act against them.

Iran to declare conditions for nuclear talks next week