The Problems of Liberating Iraq From Iran 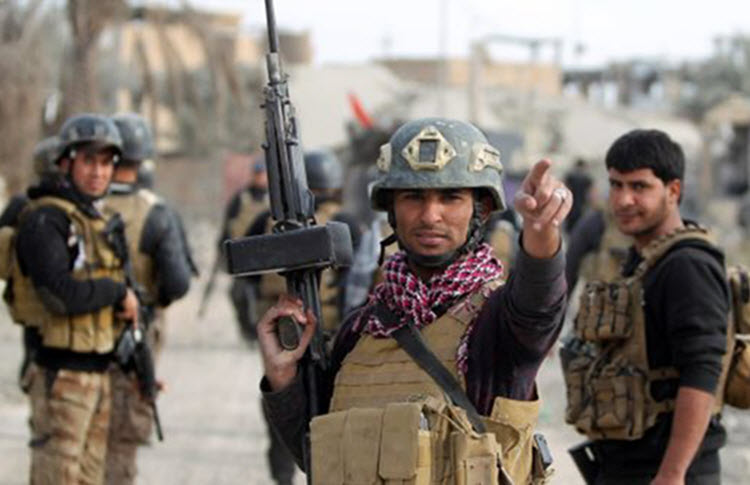 London, 20 Feb – The Prime Minister of Iraq, Haidar al-Abadi, has called on the international community to help his country rebuild after successive wars destroyed the nation and many rose to the occasion. However, Iran, who has arguably done more damage in Iraq than the rest combined, didn’t contribute anything.

This is not surprising, of course, Iran needs that money to fund terrorism and proxy wars across the Middle East.

There is, however, another reason that Iran would not contribute and that is that the Iranian Regime actively benefits from having Iraq in tatters and would not like to its neighbour become stable and independent.

Saudi journalist Mohammed Al Shaikh wrote that this, along with incredible governmental corruption, is what stands between us and a free and stable Iraq, and the only way that he sees these two things not impeding progress in Iraq, is if the Iranian mullahs are removed from power.

When the US withdrew their troops from Iraq, Iran took control and was supported by Iraqi premier Nuri al-Maliki. Maliki allowed Iran to steal from Iraq, create proxy militias to spread their ideology, and give orders about how to run the Iraqi government.

The Iranian Regime and the political leaders they supported in Iraq will now stand against the liberation of Iraq, pledging loyalty only to Iran’s Supreme Leader. Now the Iraqi leaders see no reason for their country to be a sovereign nation, when that would mean separating from the Iranian Regime.

Thus, while the Iranian Regime still holds power, fighting corruption in Iraq will be more difficult than fighting and defeating ISIS. How could anyone be convinced to invest?

Shaikh wrote: “I think that the first step to reconstruct Iraq and attract investors to rebuild the country is almost impossible, given Iran’s influence over Iraq. I do not think an investor would put money in this part of the world, which has a corrupt parliament, judiciary and the influence of Iran’s Islamist militias.”

He continued: “There are good opportunities to invest in Iraq, but as long as there is Iranian influence over the ruling authorities there, any investment would go down the drain. So I would honestly advise my neighbouring country Iraq that it is futile to ask a foreign investor to come and invest in the country as long as there is corruption and until Iran continues to plant corrupt officials in your country. If Iraq liberates itself of the Iranian occupation, as it freed the country from ISIS, only then can one think about reconstructing what was destroyed in wars.”

AKI: Four young people, who were minors at the...

Why Are There Teenage Suicides in Iran?

By Pooya Stone The adolescent suicide rate is about...