Argentinean President on Trial for Covering up Iran’s Involvement in Bombing, but When Will Iranian Leaders Go on Trial? 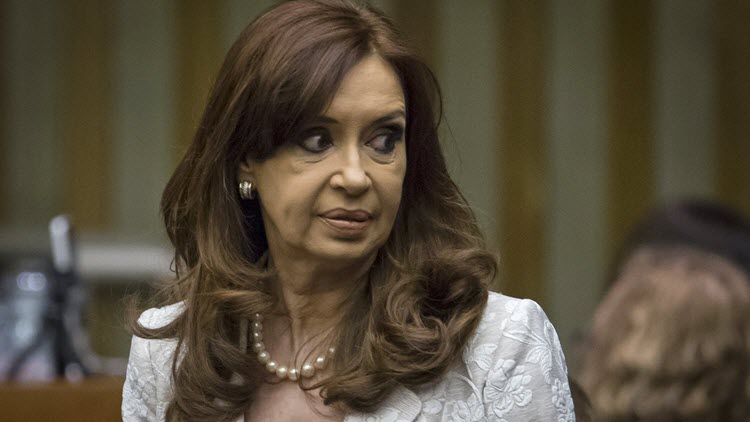 London, 06 Mar – The former Argentinean President Cristina Fernandez de Kirchner will face trial on charges that she covered up the Iranian Regime’s role in the 1994 bombing at a Jewish centre in Buenos Aires that killed dozens, according to judicial authorities said.

In a ruling released on March 5, Argentinean judge Claudio Bonadio referred Fernandez, who was president from 2007 to 2015, and 11 senior members of her administration to a higher court for public trial on charges of cover-up and abuse of power.

Fernandez, who is currently a senator and as such has immunity from prosecution, denies any involvement in any cover-up involving Argentina’s worst terror attack; the bombing of the Argentine Israelite Mutual Association Center, an attack that killed 85 people and wounded hundreds.

Prosecutor Alberto Nisman, who was investigating the Iranian Regime’s involvement in the bombing shortly before his unsolved murder in 2015, was reportedly going to present evidence that officials from the Iranian Regime and their terrorist proxy Hezbollah were given assurances in 2013 that they would escape prosecution in Argentina in exchange for favourable deals on oil.

Fernandez, who is immune from prosecution as a sitting senator, but can still be tried, said that the 2013 memorandum of understanding with Iran actually set up a joint “truth commission” to investigate the bombing.

It is worth noting however, that although the Argentinean Congress approved the deal, the Iranian Regime did not and no “truth commission” was ever set up.

On a recent trip to Buenos Aires to commemorate the AMIA bombing and the 25th anniversary of the 1992 bombing of Israel’s Embassy, Israeli Prime Minister Benjamin Netanyahu said, “Iran stood behind these events… It is time to hold Iran fully responsible in a public and a final way. It is time to do justice to the victims.”

An interesting report by the Gatestone Institute covers the Iranian Regime’s involvement in the AMIA bombing in more detail.

The report points out that Iran had supported Hezbollah agents responsible for carrying out the bombing through its Argentinean embassy and an Iranian front organization in Buenos Aires, with Mohsen Rabbani, Iran’s cultural attaché at the Iranian Embassy, in charge of target selection and surveillance.

Iranian intelligence defector Abolghasem Mesbahi has even testified that senior Iranian government officials were behind the bombing, yet all the Iranian players remain free, despite an Interpol red notice which named Iran’s former Minister of Intelligence and Security, Ali Fallahian; Foreign Policy Advisor to Khamenei, Ali Velayati; and now-deceased former Iranian President Ali Akbar Rafsanjani, as wanted for questioning Dr. Lawrence A. Franklin, the Iran Desk Officer for Secretary of Defense Rumsfeld, wrote: “This ‘Argentina Model’ is a case study on how Iran may be using its diplomatic missions, foreign and domestic intelligence agencies, front organizations and Hezbollah-infested Lebanese Diaspora in Latin America to establish not only terrorist networks and conduct terrorist operations, but also formidable business, economic and commercial relationships.”

Reuters: China has put the brakes on oil and...

Reuters: Iran has been setting up extra equipment which...