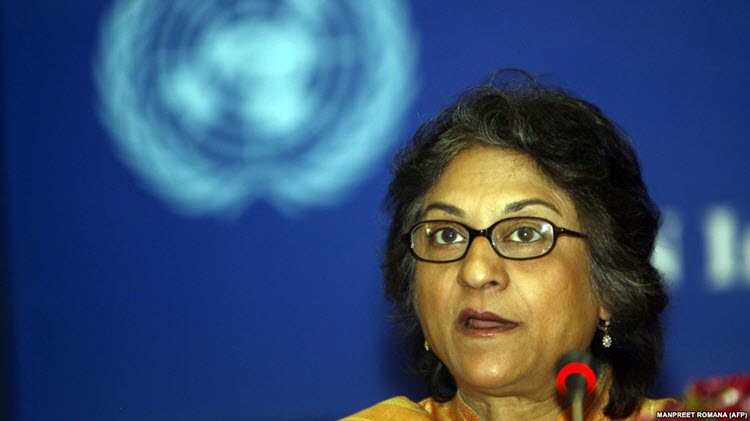 London, 06 Mar – A new report from the United Nations has criticised Iran for a systematic pattern of abuse in its prisons and denial of basic rights across the country.

The report published on March 5 notes an overall crackdown on freedom of expression and access to information, as well as the torture and rape of detainees.

In the report, which was drafted by UN special rapporteur on human rights in Iran Asma Jahangir shortly before her death in February, Jahangir described “a worrying picture developing in the human rights situation” in the country since her previous report in August.

She wrote: “Despite assurances from the government, improvements are either not forthcoming or are being implemented very slowly and in piecemeal.”

In the report, which is set to be debated before the UN Human Rights Council next week, Jahangir wrote that she was “alarmed” by the treatment of prisoners in Iran, including:

• denial of due process

Jahangir was never allowed to visit Iran, but had recently met with at least six people who fled Iran and “still bore marks of torture” suffered in prison and had looked at findings from the Freedom from Torture organization, which reported widespread torture of detainees during interrogations, including rape and other sexual violence, electric shocks, denial of medical treatment, and amputations.

In the report, she called for a halt in executions, flogging, and amputations.

According to the report, there were 482 reported executions in Iran in 2017, including five juvenile offenders.

This appears to be down from 530 in 2016 and 969 in 2015, but it is important to remember that this doesn’t reflect a positive trend, because there are many things that would have affected that number, including the Iranian elections, international pressure led by Donald Trump, and the Regime purposefully not reporting the accurate number of executions.

According to the report, there were also 50 flogging sentences and five amputation sentences carried out in 2017, but this number may also be underreported.

In addition, Iran has increased restrictions on freedom of expression, association, and peaceful assembly, and access to information, according to the report, with pro-democracy activists, journalists, and internet users targeted for arrest and 7 million Internet addresses closed over the past three years.

While marginalised groups, like women, religious and ethnic minorities, and lesbian, gay, bisexual, and transgender (LGBT) people, are also subject to discrimination.

In other recent reports, Jahangir had written of the need to hold an independent investigation in the 1988 massacre of political prisoners, mainly members of the People’s Mojahedin Organization of Iran (MEK), and bringing the perpetrators, especially those who still hold high-ranking positions in Iran, to justice.

For many years the Iranian government is witnessing global...