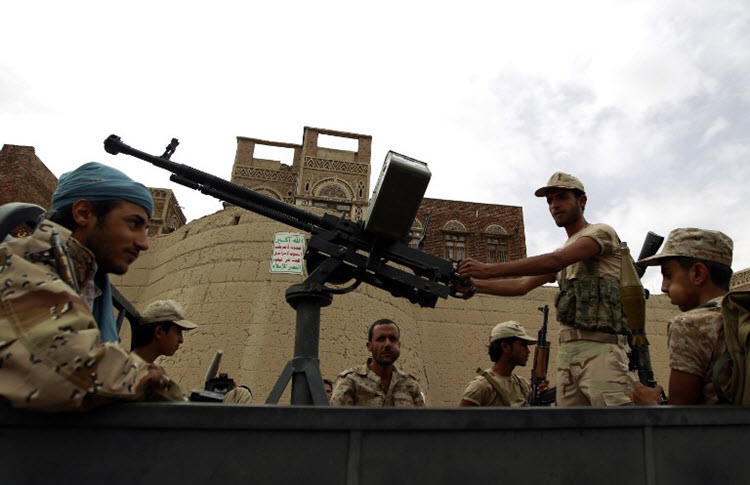 London, 14 Mar – Speaking ahead of his recent trip to Oman to discuss the efforts made by the United States to block Iran’s arming of Houthi rebels in Yemen, US defense secretary Jim Mattis emphasised that Iran is a major threat.

In an interview with National Public Radio, Mattis said that Sultan Qaboos of Oman is a “strategic leader” that understands how the violent extremists in the region, including the Islamic State and al-Qaida, are benefitting from the chaos and disarray in Yemen. He believes that the Sultan will be able to assist in the United States’ attempts to block the extremists in Yemen, especially those fighting in the eastern side of the country, because of the risk that conflict could spill across the border.

Iran’s support of the Houthi rebels in Yemen is undoubtedly worsening and prolonging the conflict there. Reports indicate that Iran has been smuggling weapons through the Oman border to the Houthis and the US wants Oman to take the opportunity to apply pressure.

Oman is a key ally to the United States and it has been speculated that anything said in the meeting between the US defense secretary and the Sultan of Oman will be kept private. Any disagreements between the two will not be made public.

Many nations have tried to stop Iran from transporting weapons to the other countries, but so far none have had much luck.

Previously, Oman had managed to convince Iranian army vessels to leave the US ships in the Persian Gulf alone. This is another reason why it is in the US’ interests to ensure that talks remain amicable and private.

Iran has been meddling in the affairs of other nations for many years and it is benefitting from the chaos that is sweeping across the Middle East. In Yemen, Iran is ensuring that the war continues and it is supplying weapons to the Houthi rebels that are fighting against the country’s legitimate government.

Iran has denied on a number of occasions that it is supplying weapons to Houthi rebels but it has been proven otherwise. Last year, Nikki Haley, the United States Ambassador to the United Nations, presented evidence to her colleagues showing that a ballistic missile fired by Houthi rebels in Yemen to Saudi Arabia was Iranian made.

Iran criticised Haley for presenting the fragments of the missile and went as far as to say she had fabricated claims and evidence.

It is time for the international community, and especially the competent bodies that have the authority to take decisive action (such as the United Nations and the Security Council), to put an end to Iran’s impunity.

Its belligerence has gone unpunished for so long and it cannot continue. The people inside Iran and those outside its borders that have been a victim to Iran, in one way or another, deserve justice. The civilians in Syria that have been killed as a result of Iran’s violence, the people inside Iran who have been killed, arrested, tortured and denied basic human rights, the starving people in Yemen who suffer because of Iran’s actions …

Chalabi faces protests as he resurfaces in Washington

AFP: The United States said it has rescinded invitations...