Iran on the Verge of Renewed Uprising 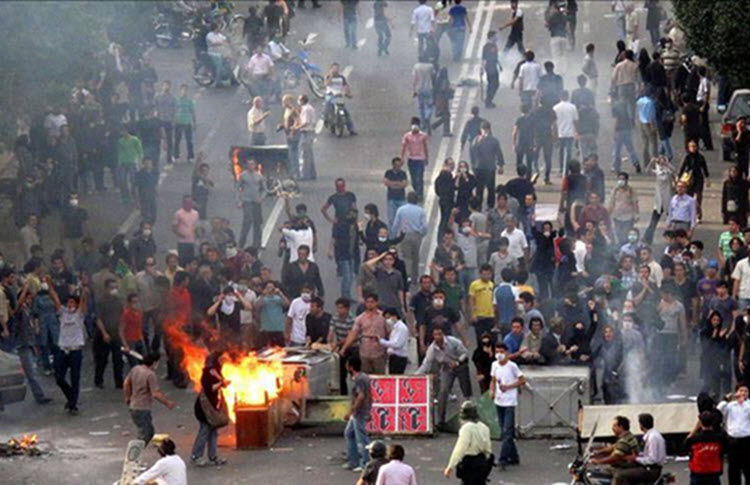 London, 14 Mar – The Interior Minister of Iran, Mr. Abdul Reza Rahmani Fazli, spoke about the recent protests that took place in the country.

At the end of last year, millions of people took to the streets to voice their discontent with regards to the economic situation in the country. The protests turned into anti-government demonstrations and there were thousands of people arrested and scores killed by the suppressive forces.

The Interior Ministry compiled a report about the unrest and in particular what sparked it. It came with a warning that there could be further protests taking place imminently.

Rahmani Fazli said that there were several causes for the protests. Firstly, there is the widespread discontent with the political, economic and social issues. He said that the situation is so delicate in Iran that it could take just “one spark” to set off a new series of protests.

Another cause he mentioned is what he describes as “societal transformations”. He explained that this has to do with generational changes that have taken place in the previous almost four decades since the 1979 revolution. Naturally, ideologies, opinions, beliefs, etc. change and evolve with time. The problem with this is that it was ignored and not addressed by the leadership of Iran.

Rahmani Fazli spoke about the lifestyle changes in Iran, relating to numerous areas of life including culture, relationships, dress sense, recreation, and so on. Of course, the people of Iran have been influenced from outside of Iranian borders. The people are able to see different trends, cultures, fashions, ways of life, etc. from around the world.

This encroaches on the subject of technological advances which have changed the way people in Iran live – just like it has done everywhere else in the world. Iranian people have access to television, satellite, internet and social media and have the ability to bypass ridiculous government censorship.

Rahmani Fazli said that the report (which involved the participation of judiciary officials, military and security officials, the Islamic Republic of Iran Broadcasting (IRIB) company and law enforcement officials) was sent to President Hassan Rouhani, the Supreme Leader and the Supreme National Security Council.

Iran has tried to control the people in many different ways. It imposes compulsory dress codes, blocks social media applications, controls official news channels and persecutes ethnic and religious minorities. However, the people of Iran are fighting back against this. Women – and men – are taking to the streets to protest against the compulsory veiling of women. Others are finding ways around the government’s blocking of applications and the people are capable of accessing news from unofficial and foreign sites.

The people are the biggest threat to Iran which is trying to keep unrest at a minimum. However, its efforts are having the opposite effect because, instead of being dissuaded to protest because of the aggressive and violent suppressive forces that try to quash public gatherings, the people become more and more determined to exert their right to protest.

Like the people of Iran say, regime change is the only solution.