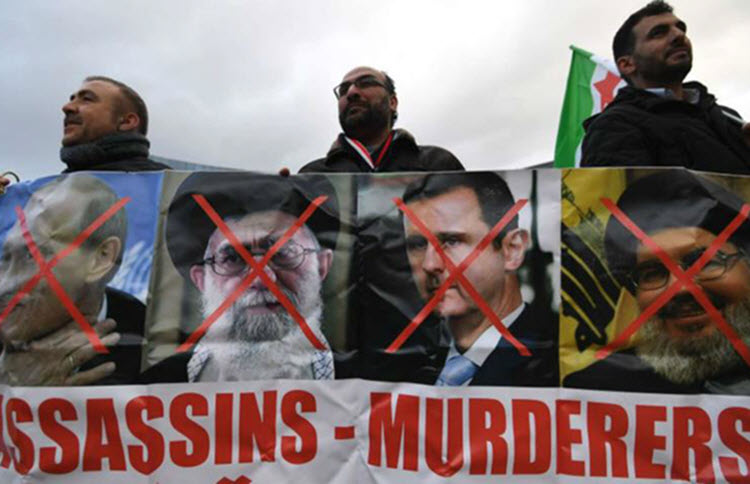 London, 24 Mar – In a recent op-ed Iranian foreign minister Javad Zarif has called for greater regional cooperation to ensure a prosperous, peaceful, and more secure future for the Middle East, but the problem is that Iran is the cause of many of the region’s woes.

Zarif’s op-ed doesn’t mention a much-needed shift in Iranian policy in order to achieve these goals and really no one should have expected that he would. Instead, he seems content to shift the blame, onto other countries and indeed the people of the Middle East.

Many leaders in the Middle East are increasingly worried about Iranian expansionism and imperialism, as Iran seems content to destabilise a country and then take over. The Iranian Regime isn’t even attempting to hide this, with Ali Reza Zakani, an MP close to Supreme Leader Ali Khamenei, recently boasting that Iran controlled Iraq, Lebanon, and Syria already, with Yemen soon to follow.

Iran has benefited from the Middle East’s destabilisation in recent years, i.e. the US invasion of Iraq and Afghanistan, as well as the 2011 Arab Spring and the growth of ISIS. The Regime exacerbated the existing problems and crushed any potential solutions.

The Regime attempts to justify its actions by claiming that they were only trying to fight terrorism, despite actually funding ISIS and many other terrorist groups. Indeed, Iran may have even hampered actual efforts to defeat the terrorist group, while taking control of the power vacuum that was left by the ISIS defeat. This is as true in Iraq as it is in Syria.

Iran has been involved in the Syrian Civil War since the beginning; helping to prop up a dictatorship in order to turn Syria into a puppet state as it already has in Iraq. They’ve inserted tens of thousands of fighters from militia groups into the war, making the conflict last far longer than it was originally going to. This is not defeating terrorism, but feeding it.

Syrian analyst Hassan Hassan said: “The only effective way to put an end to Iran’s expansionism is through real pressure, countering its patient strategy with a long-term and consistent plan to prevent further encroachment, and concurrently to strengthen its rivals. The perfect place to do so is in Syria, which Iran is still seeking to fully swallow.”

Iran has control of Lebanon through terrorist group Hezbollah, which holds power in the Lebanese government and works as an Iran puppet. In Iraq, this is slightly different because Iran has control over the elected Prime Minister, but it still means that Iraq is a vassal state.

U.S., in shift, will slow push for U.N. action against Iran

Wall Street Journal: With Russia and China balking, the...