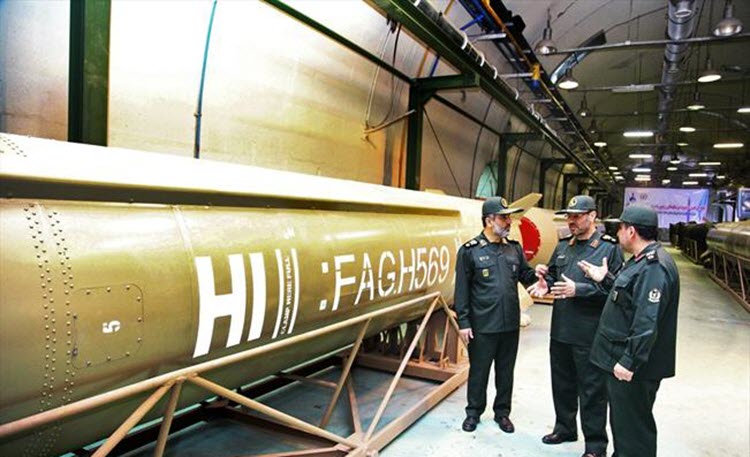 On Wednesday, Israeli officials confirmed that their government was responsible for the 2007 strike that destroyed a suspected Syrian nuclear facility. NBC News quoted Intelligence Minister Israel Katz as saying via Twitter, “The operation and its success made it clear that Israel would never allow nuclear weapons to those who threaten its existence.” He added that whereas Syria filled that role and qualified as a justified target in 2007, Iran fills the same role now. The long-delayed admission of Israeli responsibility for the strike was thus viewed as an explicit warning to Iran in the wake of increased tensions between the two Middle Eastern rivals and increased uncertainty about the future of the nuclear deal between Iran and six world powers.

While that agreement was being negotiated prior to July 2015, Israeli Prime Minister Benjamin Netanyahu expressed the belief that while it was intended to prevent Iran’s acquisition of a nuclear weapon, it would in fact “pave the way” to that outcome. This sort of criticism has been repeated by a number of critics including US President Donald Trump, who repeatedly called the agreement spearheaded by his predecessor the “worst deal ever negotiated.”

In January, Trump renewed sanctions waivers put into place by the Joint Comprehensive Plan of Action but declared that it would be the last time he did so unless the US and its allies agreed on a plan to fix perceived flaws in the agreement. These include sunset provisions that allow restrictions on Iran’s nuclear enrichment activities to begin expiring after 10 years, as well as limits on international inspectors’ access to sites in Iran, especially military sites. But Trump’s concerns also extend to the broader goals of the JCPOA, namely the improvement of regional stability.

Voice of America News quoted CIA Director and prospective Secretary of State Mike Pompeo as saying, “The notion that the entry into the JCPOA would curtail Iranian adventurism or their terror threat or their malignant behavior has now, what, two years on, proven to be fundamentally false.”

With Pompeo replacing Rex Tillerson as the head of the State Department, it is expected that Trump will enjoy more support for his ambition to undermine the nuclear agreement and generally pursue an even more assertive set of policies toward the Islamic Republic. In addition to emulating the president’s disdain for that agreement, Pompeo has also compared the Iranian theocracy to the Islamic State terrorist group and has publicly entertained the idea of regime change in that country.

According to Voice of America, the president’s prospective support from figures like Pompeo is emboldening him to defy even some of his top generals by putting the JCPOA to rest. While acknowledging that Iran remains a seriously destabilizing influence in the broader Middle East, military leaders like US Central Command commander General Joseph Votel have also tended to express the view that it is in the interest of the United States to remain in agreement.

A key difference between these two views has to do with the question of whether the nuclear agreement and Iran’s other behaviors can be separated within American foreign policy. Many opponents of the JCPOA believe that the sanctions relief and associated opening up of relations between Iran and the West have only emboldened those other behaviors. As evidence of this, those critics may point to the post-agreement arrests of dual nationals, some of whom have reportedly been used as bargaining chips in the interest of recouping debts or securing favorable trade agreements.

At the same time, Western interest in securing those same agreements may be making some policymakers reluctant to punish or exert pressure on Iran over instances of human rights violations or support for terrorism. The growth in trade between Iran and Germany, from 2.6 billion euros in 2016 to 3.5 billion in 2017, was cited by Fox News as one possible explanation for the Germany government’s refusal to sign onto an American plan for designating the entirety of Hezbollah as a terrorist organization.

Currently, only the “military wing” of the Iran-backed paramilitary group is banned by the European Union. As a result, Fox News noted, 950 members of the organization’s “political wing” operate freely in Germany, raising money and recruiting other members. The same report observed that it is not only on this point that Germany has been resistant to American efforts at creating a tougher set of policies toward Iran. In fact, sources familiar with recent talks described the German government as the “least cooperative” of the three European signatories to the JCPOA who have discussed possible supplementary deals with the US.

The Washington Free Beacon also similarly criticized Germany, noting for instance that it has been resistant to efforts at cracking down on Iran’s ballistic missile capabilities. By contrast, the French government has made increasingly assertive calls for restraints on the Iranian missile program even though France, like Germany and the United Kingdom, remains generally supportive of the JCPOA.

Even more alarming, the Free Beacon accused Germany of recent efforts “to sell Tehran sensitive equipment used by the Bashar al-Assad regime in Syria to produce chemical weapons.” The report then goes on to suggest that the Trump administration has been hampered in its effort to intercede with the Germany government over such matters, largely because of stiff opposition to the appointment of Richard Grenell as ambassador to Berlin. The embassy is currently headed by chargé d’affaires ad interim Kent Logsdon, whom one senior US official described as “irrelevant to serious policymakers” and a champion of “a normalized relationship with Iran.”

Factors such as this could be seen as putting the Trump administration at a disadvantage in competing with Tehran to sway Germany and other European powers in the direction of one policy or another. Iranian state media and various Iranian officials appear to be committed to portraying their country as a worthwhile investment opportunity for Europe, and thus as a potential missed opportunity if Europe undermines the JCPOA or otherwise trends toward the more assertive policies associated with the Trump administration.

In what might be an example of this public relations push, Iran’s English language propaganda network Press TV published an article on Wednesday boasting of an 845 million dollar agreement with a Chinese company for railway development linking Tehran to points west. The article also referenced related deals with companies from Japan, France, Italy, Germany, and Russia, potentially conveying the message that competing firms are prepared to step in and take over Iranian contracts if Western companies pull out.

Fars News Agency made its own effort to portray Iran’s economy as stable and growing on Wednesday, with a focus on trade relations between Iran and Turkey. As well as pointing out that the two governments are targeting 30 billion dollars in bilateral trade, the article also highlighted discussions over trade in local currencies, whereby the countries could potentially avoid the US dollar as an international reserve currency and thus mitigate the threats posed by the Trump administration’s possible renewal of nuclear-related sanctions.

Although various European countries have explored prospective agreements with Iran in the wake of the nuclear deal, Americans have largely avoided doing so, albeit with notable exceptions like Boeing. Many of the European companies have also delayed in following through, out of concern for the possible shift in US policy that now seems imminent.

But this does not necessarily mean that Europe will follow the US in making that shift. And if talks between the US and its European allies fail to result in a mutually satisfying agreement, the Trump administration may look more fully to its allies in the Middle East – chiefly Saudi Arabia and Israel – who share the administration’s concerns over growing Iranian influence in the region.

In commenting on the acknowledgment of Israel’s 2007 strike in Syria, former head of Israeli military intelligence Amos Yadlin said the Jewish state was “signaling that when it comes to the very vital interest or the very serious threat to the existence to Israel, Israel is going to act — even if Israel has to act alone.” But in light of Washington’s ongoing push for tighter restrictions on the Islamic Republic, it now seems very unlikely that it will come to that.

AKI: Two Kurdish students have been arrested in Iran...