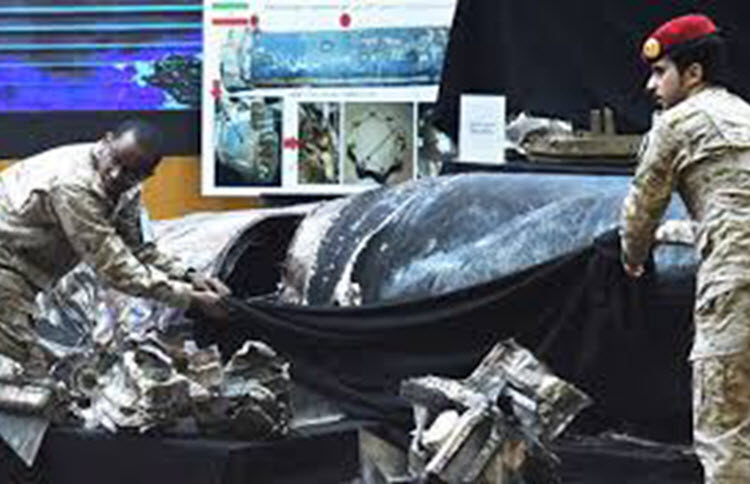 London, 27 Mar – The Iran-backed Houthi rebels in Yemen launched seven ballistic missiles at Saudi Arabia on Sunday, killing one person and injuring two in the largest attack on the Kingdom since Iran began controlling Yemen in 2015.

This provides more evidence that Iran has not only been smuggling ballistic missiles to the Houthis in violation of two UN resolutions, but that the Regime has been orchestrating the attacks. This means that the Saudis and others in the region were right to be worried about Iran’s malign expansionism.

Although, this is of course worrying, the Iranian-Houthi forces are too weak to pose any threat to Saudi Arabia and it fact galvanises the opposition to Iran. It’s mere propaganda to boost the threat of Iran and the Houthis.

Abdulrahman Al-Rashed, the former general manager of Al Arabiya news channel, wrote on Arab News: “The operation remains a mere show, and the four missiles in the skies over Riyadh were no more than fireworks… While the missiles failed to hit any vital target, they succeeded in enabling the Saudi government to remind everyone that the war against the Houthis and their allies was and continues to be [a] war of necessity.”

Right now, the Houthis control a quarter of Yemen, but their hold is shaky. They were once strong enough to force the legitimate government to flee, but the Saudi-led Arab coalition has weakened them. If not for them, who knows what danger Iran would have been able to inflict on the other people of the Middle East.

Rashed wrote: “The situation would have been frightening; much worse and more serious for both Yemen and Saudi Arabia, and would have caused a wider war than the one we have witnessed in the past 36 months.”

These attacks prove that Saudi Arabia and the Coalition must continue fighting to restore the legitimate government in Yemen and liberate the capital from the hands of terrorists. This is the only way to stop the Houthis and the Iranian Regime from taking hold of Yemen.

Any political resolution to the conflict must not put the Houthis in government or we risk a situation like in Lebanon where Iran has proxy control of a government through a terrorist group.

Rashed wrote: “There is no political solution that can justify granting the Houthis, and others, a mandate over some areas, allowing them to keep their weapons, or giving them a greater role in the political process.”

Senators warn Bush has no authority on Iran