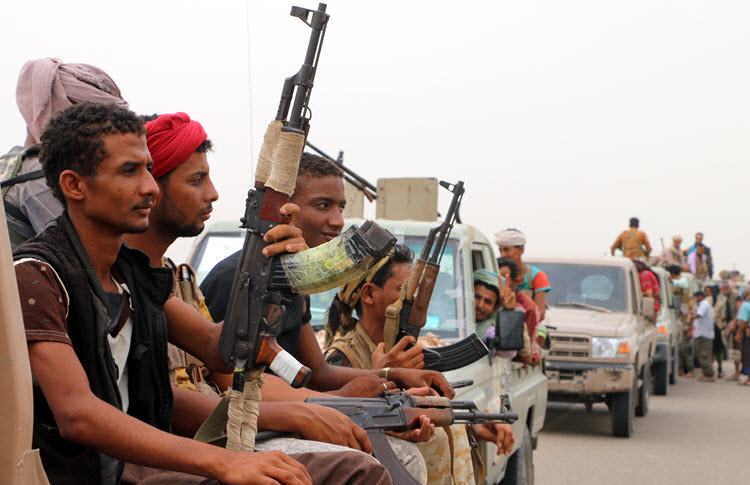 London, 18 Jun – The US government rejected a request by the UAE to provide support in intelligence, aerial photography, and mine scanning to the Arab Coalition to restore the legitimate government in Yemen, but this might be for the best.

If the Donald Trump administration had approved the support, then the Arab Coalition’s successful fight to liberate Hodeidah from the Iran-backed Houthis might have been undermined by those who oppose Trump. Now, the Arab Coalition has sent 21,000 fighters in and cleared thousands of mines in the surrounding area, even keeping the port open while doing so to receive humanitarian aid.

The port, which was controlled by the Houthis, is strategically important for Iran and its proxy as it allows Iran to transfer money, troops, and weapons (including ballistic missiles) to the Houthis, so the Arab Coalition had no choice but to attack.

The Iran-backed Houthis faced an almost certain defeat and the largest death toll since the war began, but the Arab Coalition – not wanting to lose favourable public opinion – gave the militia 48 hours to withdraw from the city, as suggested by United Nations envoy Martin Griffiths. This would prevent any Iran-backed group from claiming that the Arab Coalition sought war instead of peace.

Griffiths went to Sana’a and presented a withdrawal plan to the Houthis, which requested that they surrender the port in exchange for their fighters’ safety and the delivery of humanitarian aid.

But when the Houthis rejected this, the Arab Coalition invaded and took the city in just one day.

Abdulrahman al-Rashed, the former General Manager of Al Arabiya News Channel, wrote: “We support the coalition in its position; in not providing justifications for the human rights organizations and the supporters of the Houthis by allowing mediations to take place for a limited time. Either it would achieve what is required without fighting, or at least it would diminish the pretext of those who oppose war.”

The leaders of the Houthis are quite similar to the leaders of al-Qaeda and ISIS, who are also supported by Iran, in that they would rather lose large numbers of their fighters – even sacrificing civilians, including children – than surrender their positions.

But one thing is for certain. This is the beginning of the end for the Houthis and for Iran.

Iran will never surrender its interference in other nation-states, but regime change – a key topic for the Free Iran Gathering in Paris on June 30 – will ensure that a new peaceful Iran is created.

Iran tells ex-Japan PM it will stand by nuclear rights

US sticking to diplomacy on Iran, says UK envoy

The Guardian: The outgoing British ambassador to the United...