Iran’s Problems in Syria Are Growing 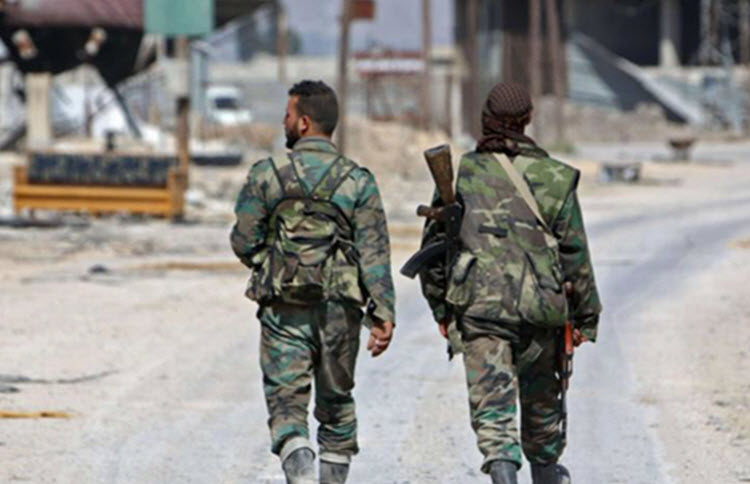 London, 18 Jun – Iran is facing yet another problem in Syria, this time related to a border dispute between Lebanon and Israel that affects the stationing of Iran-backed Hezbollah militias.

It is no secret that Iran is facing numerous problems in Syria, from air strikes by Western powers to the general anger over the conflict from the Iranian people, but this one could seriously affect Iran’s ability to direct its proxy forces in the country.

The Israel-Lebanon border dispute, which covers occupied Palestine, has become an important topic of discussion once again as the US has proposed that it arrange negotiations between the two countries.

The sticking point is that Israel recently proposed that in order for it to agree to redraw borders, including those close to the Shebaa farms, both Lebanon and Syria should agree on the ownership of the territory. If they are Syrian, the areas would come under UN Resolution 242 provisions, but if they are Lebanese, they would fall under Resolution 425 which Israel said it has executed.

But Lebanon and Syria can’t agree – mainly because of strategic interests related to Hezbollah’s arms – so the dispute remains open. Iran and Syria need this dispute open in order to justify why they have not confiscated Hezbollah’s illegal arms (under Resolutions 1559 and 1701). That’s why, despite much effort from Israel (via the US and Russia), the border issue remains unresolved.

Of course, this is actually linked to the problems that Iran has been facing in Southern Syria, where Israel has received help from Russia to keep Iran’s troops away from their border and the Golan Heights. Iran denies it, but both Lebanon and the West agree.

Iran is now caught between a rock and a hard place. It’s relying on Hezbollah’s support in Syria to keep the Bashar Assad in power (and Iran as a close ally of Assad), but Hezbollah may soon have to choose between supporting their country and supporting their master.

Given Israel’s links to both the US and Russia, Lebanon risks not having international protection if they hesitate too long about this. So no matter what Hezbollah Secretary General Hassan Nasrallah and Parliament Speaker Nabih Berri might say about not withdrawing Hezbollah from Syria until Assad asks them, they may well withdraw in order to secure a new border, which could well boost the Lebanese economy due to the gas extraction projects planned there.

Ali Al-Amin, a journalist based in Lebanon and the Editor of news site Janoubia.com, wrote: “Iran and Hezbollah have very few options left. Today, they can either both escape forward by opening a military confrontation with Israel – a confrontation that everyone knows it will not be limited to Syria but will also include Lebanon. Or they can make concessions that ensure the implementation of most Israeli conditions. This latter option also entails difficulties for Hezbollah and Iran if they both cede to the importance of respecting strategic commitments that are related to the formal recognition of Israel’s security on its northern border.”

Film of woman, 2 men being hanged in public in Iran

AFP: A group of Iranian missile experts is in...