UN Panel Finds Missiles Made in Iran in Houthi Hands 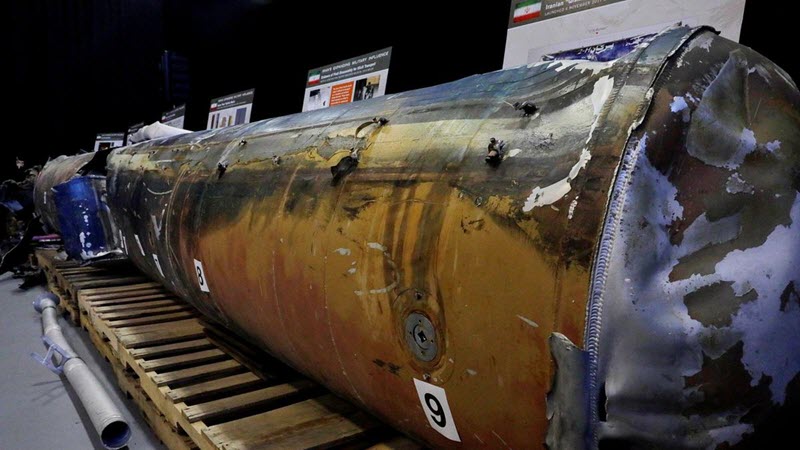 London, 31 July – A UN panel of experts has found that Yemen’s Houthi rebels are still being armed with ballistic missiles and drones that have similar characteristics to Iranian-made weapons.

In a report to the Security Council, the panel said that it “continues to believe” that Iranian short-range ballistic missiles and other weaponry have been transferred to Yemen after the arms embargo was imposed in 2015.

The 125-page report explained that recent inspections of Houthi weaponry, including missiles and unmanned aerial vehicles (UAVs), “show characteristics similar to weapons systems known to be produced in the Islamic Republic of Iran” and markings suggesting an Iranian origin.

These inspections took place during recent visits to Saudi Arabia, where the panel inspected debris from 10 missiles that were fired at the Kingdom by the Houthis between January and July this year.

The report read: “It seems that despite the targeted arms embargo, the Huthis continue to have access to ballistic missiles and UAVs to continue and possibly intensify their campaign against targets in KSA (Saudi Arabia).”

The experts agreed that there was a “high probability” that the weapons were manufactured outside of Yemen and sent across the borders in small parts for the Houthis to re-assemble inside.

The Iranian Regime wrote a letter to the panel, in which they denied supplying weapons to the Houthis and claimed that the missiles, dubbed the Burkan, are actually a domestic upgrade of SCUD missiles that Yemen had before the civil war broke out.

However, this version of events has always been denied by the Arab Coalition fighting the Houthis in Yemen and the legitimate government of Yemen.

The experts are also investigating claims that the Houthis received a monthly donation of fuel from Iran (valued at $30 million). Iran denies providing financial support to the Houthis, but previous reports of their military spending and their financial support of other Middle Eastern terrorist groups leads us to the conclusion that this is also a lie.

In June, UN Secretary-General Antonio Guterres issued a separate report to the Security Council, in which he explained that some components from five missiles fired at Saudi Arabia were manufactured in Iran.

AP: German police have spoken with an Iranian dissident...

Iran says won’t rule out using oil as a weapon

Reuters: Iran will not rule out using oil as...