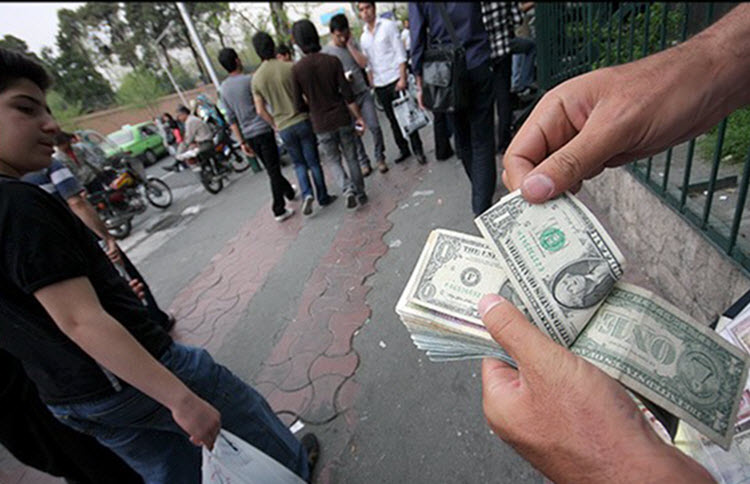 London, 31 July – The Iranian rial hit a record low on Sunday, trading at over 100,000 rials to the US dollar as the country braces itself for the first batch of economic sanctions from the US on August 7.

According to Iran’s unofficial market – this actually refers to the global exchange market following Iran’s decision to artificially fix the exchange rate following the last fall in the rial – the value of the rial dropped from 97,500 rials to the US dollar to 112,000 overnight this weekend.

These figures are gathered from foreign exchange website Bonbast.com, but other websites had the rial valued at between 108,500 and 116,000 rials per US dollar.

The sanctions are being reimposed following Donald Trump’s decision in May to withdraw from the 2015 nuclear deal between Iran and six world powers, which lifted sanctions on the Gulf country in exchange for restrictions on its nuclear programme.

The second lot of sanctions will hit Iran in November, which will include sanctions on Iranian oil. The US has already told countries that buy oil from Iran to stop their imports before November 4 or face secondary sanctions from the US, which could involve cutting them off from the US financial market.

These sanctions are estimated to cut two-thirds of Iran’s oil exports.

The rial has lost about half of its value since April because of a weak economy and a heavy demand for US dollars by Iranians who are fearful of the sanctions.

Iran has blamed its “enemies” for the fall and has even arrested 29 people money traders on charges that carry the death penalty for selling US dollars at the global rate rather than Iran’s rate.

Judiciary spokesman Gholamhossein Mohseni Ejei said on state television that they were charged with ‘spreading corruption on earth’, a common charge levied against Iranian people who have done nothing wrong under any other law book.

Sanctions have also spurred protests among those usually loyal to the Mullahs, like shopkeepers, and have caused a public outcry over the government’s corruption.

The European signatories to the Iran deal have been preparing to salvage the deal with a package of economic measures, but there are many problems that they face.

France has already admitted that it is unlikely that the powers could put the package together before November, while European businesses have already begun withdrawing and the US is threatening secondary sanctions on Europe.

Obama says he hopes diplomacy can prevent a nuclear Iran, but all options are on the table