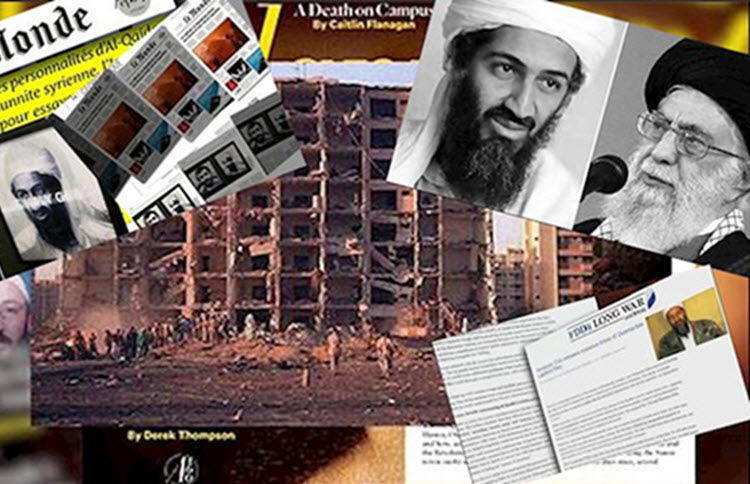 London, 4 August – Shortly after the Cold War ended, Osama bin Laden headed to Sudan, during which time he had little involvement in politics. After two years there, however, he dedicated himself to forming a plan to confront the “crusaders”; a plan about a terrorist attack on the USA.

He wanted to open the gates of hell and he had the money and the human resources to do so, but he lacked ideas. Unfortunately, this stalemate didn’t last long and soon he brought Abu Hajar al-Iraqi on board to formulate the plans for what was to become known as 9/11.

Partnership with Iran and Terrorist Training

Al-Qaeda partnered with the Iran-backed Hezbollah, whose military operations (including kidnapping, management of suicide bombings and embassies’ bombings) Bin Laden had so admired. Their partnership was cemented during a meeting between Imad Mughniyah and Osama bin Laden.

Fahad Shoqiran, a Saudi writer and researcher, wrote on Al Arabiya: “The organization enjoyed its most successful tactical stages thanks to the experiences accumulated in the camps of the Iranian Revolutionary Guards, until finally its name appeared within a thundering operation on which it had worked on for a long time.”

By the mid-1990s, the collaboration between al-Qaeda, Iran, and Hezbollah was at its highest point. In June 1996, a tank filled with TNT hit a US air force residential complex in Khobar, Saudi Arabia, killing 19 Americans and injuring hundreds. This attack was approved by Bin Laden and Mughniyah. Dozens of Hezbollah and Al-Qaeda members were arrested, but their leaders remained at large.

This meant that they were free to commit a much larger terrorist attack in 2001, which killed around 3,000 people and began the War on Terror.

Shortly after the attacks, when the US invaded Iraq looking for the Al Qaeda plotters, Iran hid them inside their country, which we have learnt from recently declassified documents that were gathered from Bin Laden’s Pakistan complex in 2011.

In short, Iran’s allegiance to terrorism began around the same time that it took power and they are still the world’s largest state sponsor of terrorism. They should be held accountable for their roles in terrorist attacks.

The Hill: President Obama is pressing senators to ignore...