US Calls on the Hague to Dismiss Iran’s Claim for $1.75 Billion 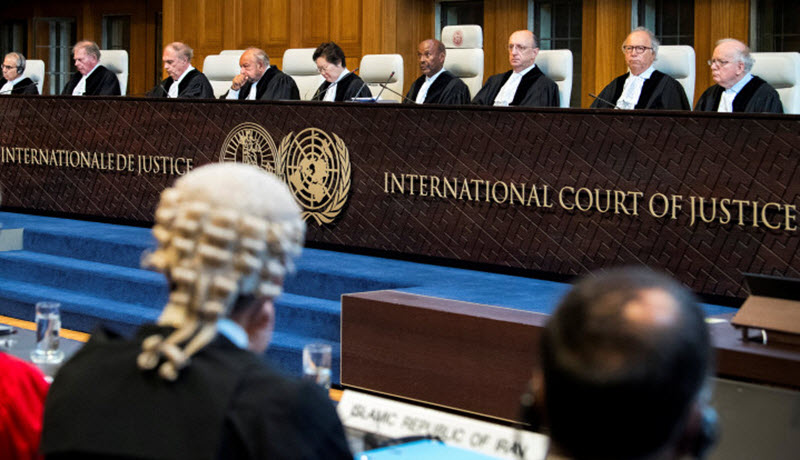 London, 9 Oct – The US has called on the International Court of Justice (ICJ) on Monday to dismiss a claim made by Iran to recover $1.75 billion in frozen bank assets.

Iran brought a lawsuit before the Hague tribunal, which is the United Nations top court, to recover funds that were frozen during the 1979 Islamic Revolution, when the mullahs stole power from the Iranian people.

In 2016, the US Supreme Court ruled that those funds should not be returned to Iran, but should instead be used as compensation for the families of victims of Iran’s terrorist attacks, including the 1983 bombing of a US Marine barracks in Beirut, where 241 soldiers were killed, and the 1996 Khobar Towers bombing in Saudi Arabia.

Richard Visek, the legal adviser to the US Department of State, told the ICJ: “The actions at the root of this case centre on Iran’s support for international terrorism [which should disqualify it from presenting a case before the court]. Iran comes to the court with unclean hands. Indeed, it is a remarkable show of bad faith. Iran’s bad acts include support for terrorist bombings, assassinations, kidnappings, and airline hijackings.”

Visek then accused Iran’s “most senior leaders” of the “encouragement and promotion of terrorism” and “violation of nuclear non-proliferation, ballistic missile and arms trafficking obligations”.

This case is separate from the ICJ ruling about US sanctions on Iran, imposed following the US withdrawal from the 2015 Iranian nuclear deal, which was decided upon last week. In that case, the court ruled that the sanctions were legal, except for those on humanitarian aid, food, and civil aeroplane parts.

However, like the sanctions case, Iran has based this claim on the 1955 Amity Treaty with the United States, which was signed 24 years before the Islamic Revolution and arguably has not been in practice since then, arguing that this constitutes a breach of the treaty. Iran even called for the US “to make full reparations to Iran for the violation of its international legal obligations”.

Visek said that Iran’s use of the treaty, which both sides had let lapse, to lodge the complaints was an “abuse of process”.

US national security advisor John Bolton announced last week that it would withdraw from the treaty, to prevent Iran from using this tactic again, but it could take up to a year for the withdrawal to take effect.

It could be months before the ICJ’s ruling is made public and even then it has no power to enforce it.