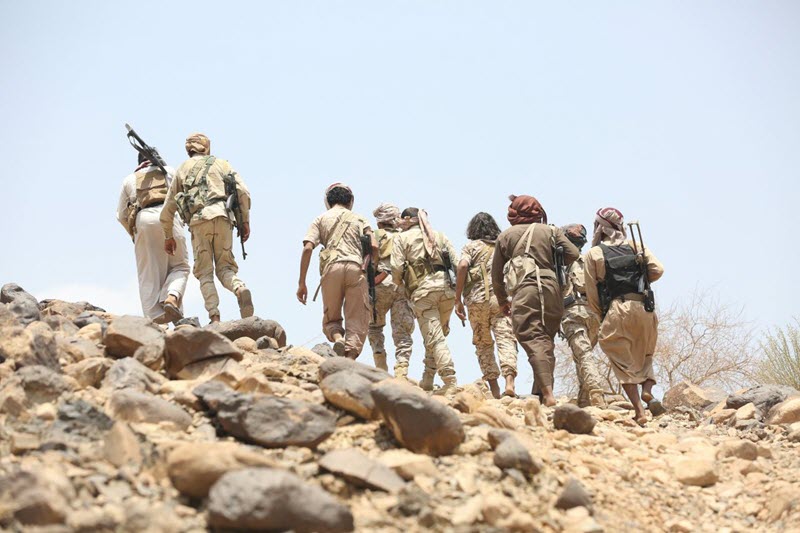 London, 12 Oct – The Iran Action Group released its findings on the rogue country’s malign actions in a 45-page report at the end of September, focusing on Iran’s role in destabilising the Middle East, particularly their arming and supporting the Houthi militia in Yemen.

The task force’s report is one of the first times that the US has compiled evidence on Iran’s destructive role in Yemen, but there are still some Western policy experts that somehow remain sceptical about Iran’s support of the Houthis or worry that talking about it will complicate the situation. This refusal to listen to facts not only causes confusion about the true nature of the Yemeni war, but also stagnates the peace process.

While Iran’s support of the Houthis is not immediately apparent (i.e. neither side is admitting it outright), we only have to scratch a little below the surface to see the evidence.

For example, the ballistic missiles that the Houthis have launched at Saudi Arabia are Iranian-made (as confirmed by the UN) and the only logical reason for that is that Iran is supplying them to the Houthis – violating a UN resolution – with the intention that they be fired at the country leading the charge to reinstate the legitimate government. The only other explanation is that Iran did not notice that dozens of its ballistic missiles have gone missing in the course of just three years. After all, the Houthis don’t have the required knowledge or parts to build one themselves and put Iranian markers on.

While we can be thankful that the missiles have been intercepted by Saudi air defence so far, they still pose a major risk to the people of Saudi Arabia and the liberated areas of Yemen.

Of course, this is not the only way that Iran is intervening in Yemen. It’s also been manipulating the Yemeni economy by printing fake Yemeni bank notes, which have only aided in the devaluation of the Yemeni riyal, and resulted in Saudi Arabia spending over $2 billion this year alone to stabilise the economy.

But why does Iran put so much effort into supporting terrorist cells in other countries? Well, simply to distract from its own crises (a failing economy, a nationwide uprising, etc) and pursue its dream of a Shiite Crescent across the Middle East from Iran to Europe. Iran has already planned two terrorist acts in Europe this year, but if their Shiite Crescent succeeds, then there will be many more to come.

Fatima Abo Alasrar, a senior analyst for the Arabia Foundation in Washington, wrote: “While traditional diplomacy and detente are essential policy tools that could preserve peace, stronger action needs to be taken vis-a-vis Iran, especially at a time where it brazenly boasts of its missile program and empowers its proxies. Stronger policy toward Iran should not, however, automatically translate into war or even sanctions… In fact, any military confrontation with Iran would be a disservice to the Iranian citizens and dissidents who desire real change and a new era of regional stability. What is most needed is stronger cooperation between the US and its allies in the Middle East region, and a policy to roll back Iran’s presence in the Middle East, where its destructive influence is placing millions of lives at risk.”

Simply, there is no doubt that Iran is helping the Houthis and helping to lengthen the Yemeni civil war, and recognising that will only help us end the war.

Reuters: Iran appears to have overstated the expansion of...