Iran Needs to Be Removed From Iraq and Syria 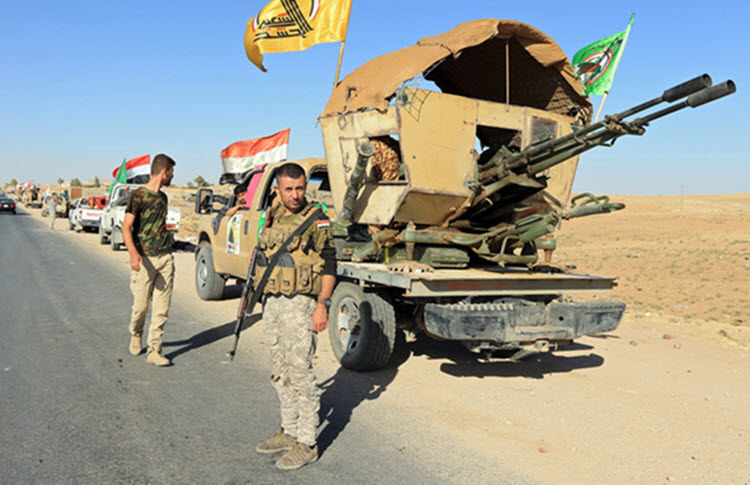 London, 29 Nov – During the most recent Iraqi elections, many in Western government and media hailed the elections of Adel Abdul-Mahdi and Barham Salih as prime minister and president respectively. This looked like a new beginning for the much-beleaguered Iraq and a chance for the Gulf state to finally leave its problems behind.

Sadly, this was not the case. Truthfully, if these elections had really mattered that you can bet that Iran would have the last word. It’s not like the mullahs are known for respecting the democratic will of a people over their own self-interest. Despite, or perhaps because of, reimposed US sanctions, rising popular discontent among the people, and the growing awareness that Iran is behind the majority of terror attacks and proxy conflicts in the Middle East, Iran is doubling down on its plan for regional domination.

In Iraq, Iran has already penetrated the government, the economy, and even the society at large to such an extent that removing it could cause serious damage. Iran has been able to use Iraq as a captive market for its agricultural and energy products, as well as the construction site for a system to evade US sanctions, created by the Iranian-backed Popular Mobilization Units (PMU). Therefore, we should not be watching the elected leaders of Iraq, but rather Hadi Al-Ameri, the commander of the Badr Brigade, part of the PMU.

Ameri, who enjoys support from another Iran-backed militia group in the region like Kata’ib Hezbollah and Asa’ib Ahl Al-Haq, has already persuaded the prime minister to match the PMU forces’ salaries with that of Iran’s regular security forces. The most obvious problem with this is that the PMU is not loyal to Iraq, but to Iran, so now Iraq is footing the bill for a militia that supports another country.

In Syria, Israel has been trying for months to stop Iran from supplying Hezbollah, who are Iran’s main proxy in the Syrian conflict. Israel has bombed Syrian air bases and killed several IRGC officers, all in an attempt to stop Iran from dragging the war out for years to come, but the trouble is that Iran sees this as the price to pay.

The truth is that Iran needs to be expelled from both Iraq and Syria in order to bring peace to the Middle East. Iran is not meddling in the affairs of other nation states because it is strong, but because it is weak and needs to desperately distract attention from the growing anti-regime protests in Iran. This is something that the rest of the world needs to agree on, but it is unclear how the US or EU will address it.

Sir John Jenkins, an Associate at Policy Exchange, wrote: “The US is at least genuinely ratcheting up the financial and economic pressure on Iran and Hezbollah and is making noises about remaining in Syria to support the Syrian Democratic Forces in the north and continue combating Daesh (which never went away and is now coming back strongly in certain areas, but that’s another story). But there is some doubt about how joined up this all is. Meanwhile, neither the UK nor its EU partners have a clear and comprehensive position. Nor, quite frankly, do the Arab states of the region, which are distracted by other issues (something that only benefits Iran). That spells danger.”

The Islamic State of Iran and gender discrimination

Front Page: Only a few days after a United Nations...