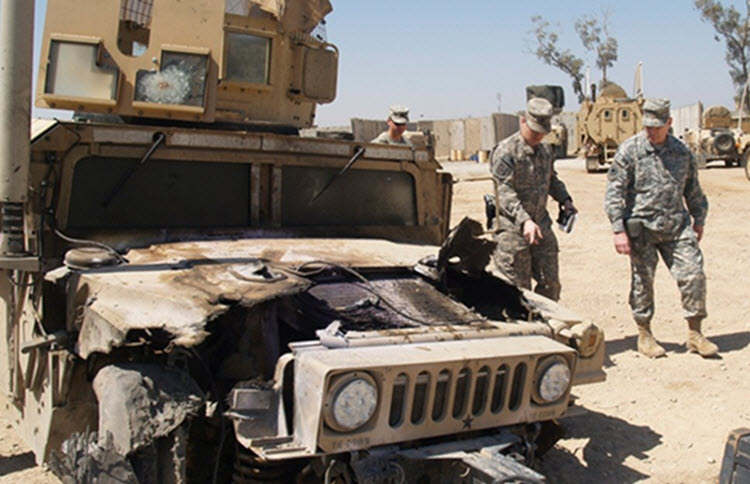 London, 3 Dec – Today, a small New Jersey law firm and an Arkansas lawyer are attempting to hold Iran to account in federal court for the death or injuries of more than 1,000 US troops in Iraq and Afghanistan from 2004 to 2011.

It is the start of a three-day trial, presided over by US District Judge Colleen Kollar-Kotelly, where Iran stands accused of supplying $10 billion in weapons, materials, training and other support that directly led to the death or injury of US service personnel.

Kollar-Kotelly must decide whether the case, first filed in 2016, meets the legal standards to hold Iran accountable. If it does, then victims and their families would be entitled to compensation from a fund that seizes money related to terror activities.

While medical experts, senior army officials, and the victims themselves will be testifying, the most damning evidence is likely to come from the US documents linking Iran to support for terror groups and radical Islamist leadership rosters, as well as US military reports on the attacks and forensic reports of their aftermath.

The attorneys in the case said that there are a number of ways that Iran supports insurgent groups within Iraq, but the one that caused the most damage is also the easiest to trace back to the mullahs.

Most of the damage caused is linked to weapons and explosive devices fitted with an explosively formed penetrator (EFP), which allowed them to strike otherwise protected US forces. The EFP required sophisticated engineering knowledge and, according to Peter Raven-Hansen, a law professor at George Washington University, they can be “reliably” traced back to Iran.

Raven-Hansen said that the attorneys hope to prove in court what the US military has long known, but the public is not aware of: Iran’s role in the systematic killing and maiming of US troops.

The lawsuit seeks $10 billion in damages from Iran. However, we cannot know if and when compensation will come, even if Iran is held responsible, as it is notoriously tricky to obtain compensation from a sovereign state.

This case comes to trial just one week after journalists were shown weapons caches seized from Iranian-backed groups in Iraq, Bahrain, Yemen and Afghanistan, but also at a time when US sanctions on Iran are beginning to take effect.

There are believed to be almost 6,000 victims of Iran’s state-sponsored terrorism eligible for compensation recouped from the fund that seizes money from terrorist operations.

By Jubin Katiraie On Friday, 20 December, the Iranian...