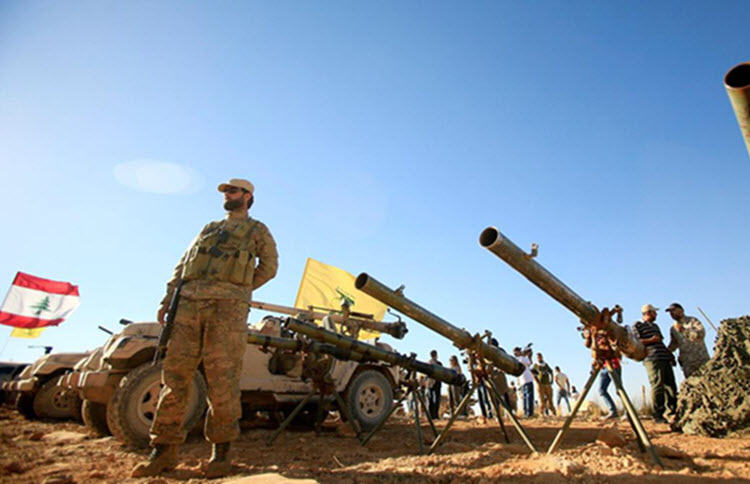 London, 4 Dec – Reports of an Iranian cargo plane carrying advanced weaponry landing at Beirut International Airport in Lebanon has fuelled speculation in the media and among officials that Iran is continuing to arm the terrorist group Hezbollah.

According to reports, the cargo plane, owned and operated by Fars Air Qeshm, was spotted flying directly from Tehran to Beirut on Thursday morning. The report advises that Iran has long been supplying Lebanon’s Hezbollah with advanced munitions by shipping them through civilian airlines, which is why many of Iran’s civil airlines are under US sanctions.

The Boeing 747 jet then flew to Doha in Qatar before returning to Tehran. Most Iranian cargo planes unload their material in Syria, where Hezbollah is fighting on behalf of Iran in order to protect the Bashar Assad dictatorship, rather than fly directly into Lebanon, in order to avoid being caught supplying the terrorist group, which is a violation of US sanctions.

However, increased surveillance of Iran’s movements in Syria by the US and its allies have meant that it is less dangerous to transport the money, fighters, weapons, or any other malign material directly to Lebanon. In previous weeks, Israel has allegedly blown up several shipments of weapons sent by Iran to Hezbollah in Syria.

Back in October, Al Arabiya English reported that Lebanese political sources were concerned over US warnings about Iran’s transfer of weapons and sophisticated equipment to Hezbollah through Beirut International Airport via Doha and Damascus in Syria. It was also acknowledged by an official US report that flight data showed that the Iranian flights leaving Tehran International Airport to provide weapons to Hezbollah belonged to Iranian airlines Fars Air Qeshm.

According to American and Western intelligence sources quoted by Fox News, Iran has only increased its shipments of advanced weaponry to Hezbollah, including delivering devices that use GPS technology to convert non-guided missiles into accurately guided ones. This manufacturing process took place inside Iranian factories in Lebanon.

Hezbollah has been listed as a terrorist group by the US State Department since 1997, for their roles in bombing the US Embassy and Marine Barracks in Lebanon in 1983 and the hijacking of a TWA flight in 1985, among other things. In all instances, they were assisted by Iran.

Iran offers 2 pages and no ground in nuclear talks

New York Times: The Iranians called their proposal a...