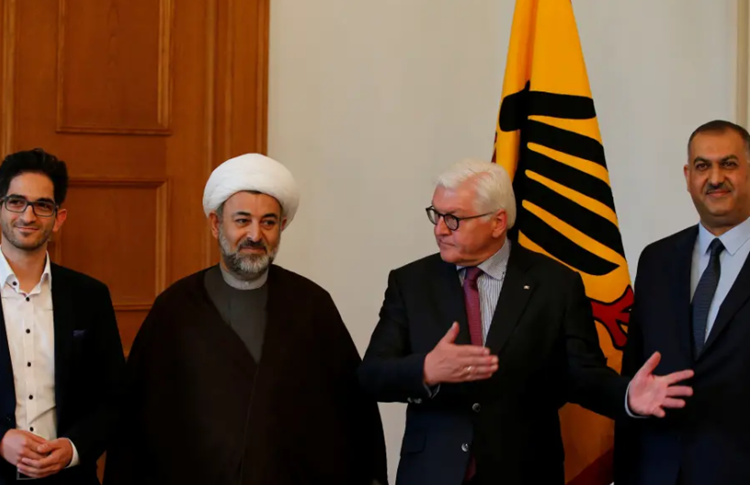 The German government will end public funding for radical pro-Iranian-regime, the Islamic Community of Shi’ite Communities of Germany, which is filled with anti-Semitic representatives who call for the destruction of Israel, but not until the end of 2019.

On Thursday, German paper Bild reported that Germany’s interior ministry had sent a letter detailing their removal of funds for the Shi’ite umbrella organization, including the Islamic Center in Hamburg, which is funded by Germany’s family ministry and the European Union. The German federal government said that the Shi’ite umbrella organization was “influenced by extremists”, that the chair of the Shi’ite umbrella group Mahmud Khalilzadeh is “a member of the political and religious establishment of the Islamic Republic of Iran”, and that all important positions within the group were held by pro-Iranian regime and pro-Hezbollah members.

The decision, which Bild says “comes around $426,037 too late”, was made following a series of exposés by the paper. Bild reported in 2017 that the government gave the organization $317,454 to allegedly “counter extremism”, while even more money was given in 2018.

All the while, members of the organization continued their material and vocal support of al-Quds Day, which has the sole purpose of decrying Israel’s existence. In June 2018, 1,600 anti-Israel demonstrators descended on Berlin alone and were addressed by the chief organizer and representative of Iran Supreme Leader Ali Khamenei Ayatollah Hamid Reza Torabi, who is the head of the Islamic Academy of Germany, a part of the Iranian regime-owned Islamic Center of Hamburg.

The group not only advocates for the genocide of the Jewish people, but also supports the murder of LGBTQ+ people, which is evident because the Iranian Regime publically hanged a man in January on an anti-gay charge, and began an anti-LGBTQ+ campaign in 2017.

The Free Democratic Party had previously criticised the government for refusing the end funding for the Shi’ite association.

Dr Bijan Djir-Sarai, a member of German Parliament and foreign policy spokesman for the Free Democratic Party, said: “I am pleased that the federal government is finally phasing out funding by the end of the year. However, there should not have been any funding for such a propaganda centre from the outset.”

Chancellor Angela Merkel’s administration has also refused to outlaw Iran-backed Hezbollah’s so-called political wing in Germany, something the US and UK have already done and are urging others to do, and is refusing to close Hezbollah centres in Bremen and in Münster.

Afghan inks deal with Iran for access to seaport

AP: The Afghan government has signed an agreement with...