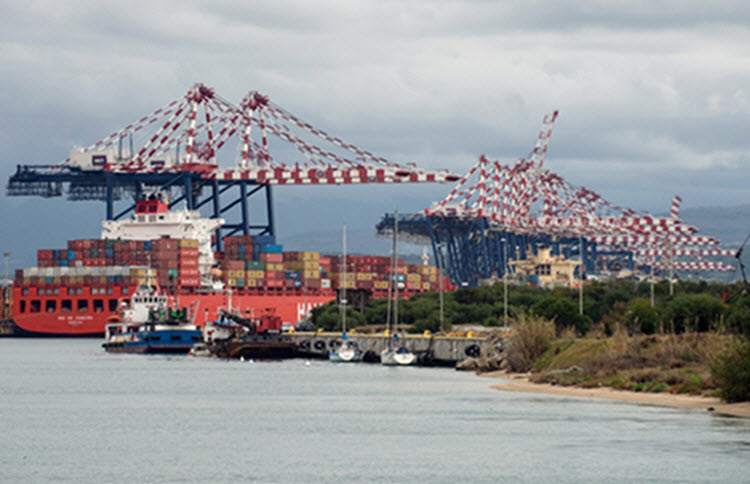 London, 09 April – Iran is reportedly planning to lease Syria’s main commercial port in Latakia, which would significantly increase the mullahs’ foothold in the Middle East.

Iran began talks with Syria last month about leasing the container port, which has been under US sanctions since 2015, from October 1. Iran has been upgrading its navy, adding new vessels and submarines, including one that is capable of firing cruise missiles and needs new ports to accommodate them.

The port, which has 23 warehouses and can handle three million tons of cargo a year, is currently managed by Souria Holding, a Syrian investment company and CMA CGM, a French shipping firm. Revenues began declining at the start of the civil war nine years ago.

Of course, space is not the only reason that Iran wants a hold of the site. They also see it as keep to help Iran’s militias in Syria, which are helping to preserve the dictatorship of Bashar Assad, by creating yet another way for the mullahs to smuggle in fighters, weapons, and cash across the Middle East. Iran has poured over $7 billion into Syria since 2011, even planning to build a power station in Latakia, housing complexes in Damascus, and a cellular network across the country.

But some reports say that Iranian companies linked to the Iranian Revolutionary Guard Corps (IRGC) and the Basij force have already begun shipping goods through the port.

Iran and Shi’ite militia expert at the Institute for Strategy and Security, Dr Yossi Mansharof, said that Tehran has put heavy pressure on Syria for years over the port, with Russia strongly objecting to the leasing.

Mansharof said: “Khamenei invited Assad to Tehran and together with [Qasem] Soleimani they directly talked with Assad in order to bypass the Russian objection. Russia is keen to prevent a war between Iran and Israel and I think that the current situation, whereas Israel conducts systematic attacks on Iranian infrastructure across Syria serves the Russian interest. This is because currently – for various political, military and financial reasons – Iran and Hezbollah are not in a position to engage in military activities against the United States or Israel.”

This is yet another example of the Tehran v. Moscow rivalry in Syria.

Mansharof said: “Iran’s deputy FM [Hossein] Ansari recently declared that ‘Russia has never stood by Iran regarding Israel, Tehran and Moscow, for now, have shared interests in Syria but if the issue of Israel comes between them, they will part ways.’ This is an important declaration.”

Iran is even operating a precision missile factory in Latakia, with help from the Syrian government and Hezbollah, near to the Russian Khmeimim Air Force Base. The missile factory and other Iranian sites in Syria have been the target of many airstrikes to prevent sophisticated weaponry from reaching Hezbollah.

Washington Times: Leave it to Mahmoud Ahmadinejad, the erratic...

Sunday Telegraph: Mahmoud Ahmadinejad vowed that Iran would not...