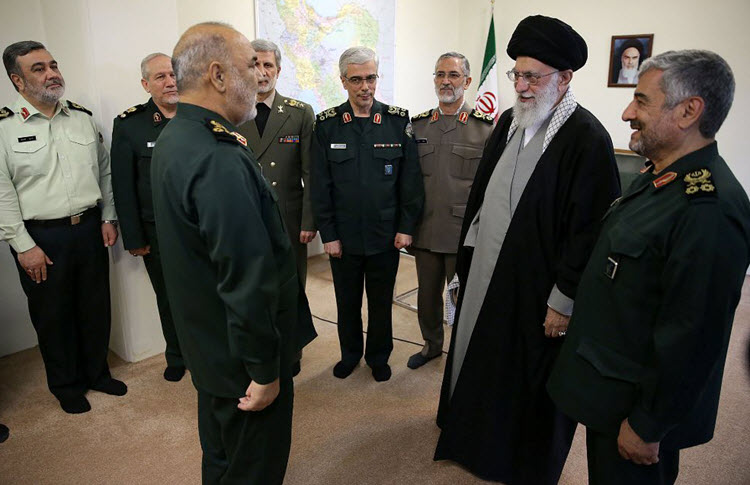 London, 22 April – Iran’s supreme leader Ali Khamenei has appointed Brigadier General Hossein Salami as the new head of the Iranian Revolutionary Guard Corps (IRGC), just days after the US placed the group on its list of foreign terrorist organisations.

In a statement on his website, Khamenei wrote: “Considering [Salami’s] capabilities and significant experience with different revolutionary responsibilities … I promote [him] to major general and commander-in-chief of the Revolutionary Guards.”

Salami, 59, replaces General Mohammad Ali Jafari, who was in charge of the IRGC for 11 years.

Salami was the deputy commander of the IRGC for nine years, led the IRGC’s air force, and served in the 1980-88 Iran-Iraq war. He is very much a member of the Khamenei faction, which means that he is critical of President Hassan Rouhani and as the 2015 nuclear deal.

In the past, he has called for the annihilation of Israel and threatened Saudi Arabia and the US, even arguing that Iran-backed Hezbollah could destroy Israel.

There was no reason given for the move in Iranian state-run media, but it is undoubtedly linked to the US designation. Although Khamenei did say that Jafari requested the move, it should be known that nothing happens in Iran without Khamenei’s express permission.

What is the IRGC?

The IRGC is separate from Iran’s military and is personally overseen by Khamenei. They are estimated by the International Institute for Strategic Studies (IISS) to have 125,000 fighters.

The group control vast swathes of the Iranian economy, have great political influence, overseeing the country’s ballistic missile program, and run its own intelligence operations, as well as its own army, air force and navy.

Their power extends across the Middle East through a series of proxy militias, including the Houthis in Yemen and the PMF in Iraq, aimed at destabilising the region to allow Iran to take control and create a Shiite Crescent. Many experts and foreign governments say that the IRGC has been involved in terror-related activities and rights abuses.

It is important to note that the replacement of the IRGC commander so soon after the US’s terrorist designation is proof that this was a heavy blow to the country. It’s the same reason that Iran lashed out and labelled the US military’s Central Command as a terrorist organization.

The US should increase the pressure on Iran with more sanctions and more designations to ensure that the Regime is prevented from wreaking havoc over the region.

Russia says UN debate on Iran could be detrimental

Iran on the defensive: top US official

AFP: The pressure exerted by the United States and...