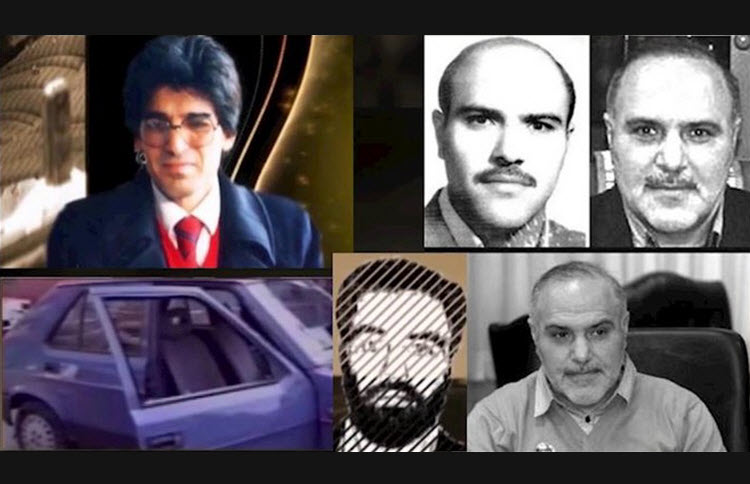 The mullahs in Iran could be considered among the most corrupt and malign in the world. The leadership of Iran has been involved in the plotting of terrorist attacks and assassinations of political opponents across the world.

To make matters worse, some of the top officials in the country today have been involved in numerous such crimes.

Ali Daie, a former soccer player who was also once the CEO of Tehran’s SAIPA Soccer Club, has exposed the truth about his replacement’s past. Mr. Daie was replaced as CEO of the Iranian capital’s SAIPA club by Mostafa Modabar.

However, he revealed in a press conference that Mostafa Modabar is the alias that was provided to Ghafour Darjezi – a former commander of the Islamic Revolutionary Guard Corps (IRGC) that was recently designated by the United States as a foreign terrorist organisation (FTO).

Mr. Daie ran the SAIPA for more than a decade and he said during the press conference that the name Mostafa Modabar is a fake one. He explained that he knew this person as Sardar Ghafour when he was working for the Islamic Republic of Iran Broadcasting’s (IRIB) Protection Department. He said that he would be interested in speaking to someone from the National Organization for Civil Registration because he would like to know how it is possible for a person to change both their first and last names. Mr. Daie said: “The Civil Registration has to answer as to whether you can change your golden past and your personality and many other things by changing your name.”

Sardar Ghafour Darjezi, or Mostafa Modabar as he is now known, was a member of the IRGC’s notorious Qods Force. During the eighties, the Qods Force initiated a huge crackdown on political dissidents in the north of the country.

Reports indicate that Sardar Ghafour has been involved in a number of political assassinations including that of several political dissidents. He appears to have played a major role in the 1989 assassination of the leader of the Democratic Party of Iran’s Kurdistan, Abdol Rahman Qassemlou.

The representative of the National Council of Resistance of Iran (NCRI) in Italy, Mohammad Hossein Naghdi, was killed in the streets of Rome in 1993 in a case that have never been officially solved. It is widely known that the Iranian state ordered this assassination and it is believed that Ghafour was in charge of the logistics and acted as the scene commander. At that time, Ghafour was known as Mansour Bozorgian.

This is just one example of the very many people that have been involved in unspeakable events that are rewarded by the regime though a variety of different leadership roles. There are many more that have not yet been exposed.