Consequences of Iran’s Partial Withdrawal From the Nuclear Deal 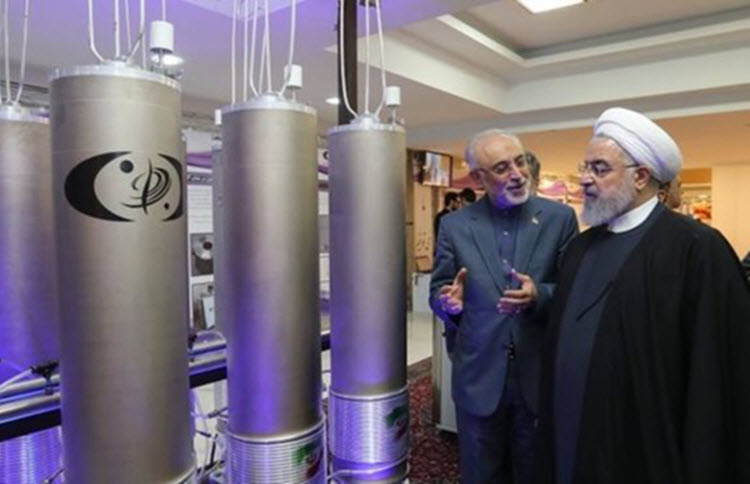 London, 12 May – In an ironic turn of events, on May 8th, Iranian President Hassan Rouhani declared that his country would stop complying with two of its commitments under the Iran nuclear agreement, officially known as the Joint Comprehensive Plan of Action (JCPOA). Rouhani’s declaration came exactly one year to the day from US President Trump’s announcement that America was withdrawing from the agreement.

Apparently, the decision came from Iran’s Supreme National Security Council, which means that it was approved by Supreme Leader Ayatollah Ali Khamenei.

The other parties to the JCPOA — the United Kingdom, France, Germany, China and Russia — were also notified by President Rouhani. Under the JCPOA, Iran was committed to limiting its stockpile of enriched uranium to a maximum of 300kg of 3.67 percent enriched uranium and to export anything over this limit. While Iran has not completely renounced the JCPOA, beginning on May 8th, Iran announced that it will begin building stockpiles of low enriched uranium at the Natanz enrichment facilities, and of heavy water, which is used in nuclear reactors, including the Arak reactor, that could give Iran a source of bomb-grade plutonium.

On a daily basis, the International Atomic Energy Agency must monitor Iran’s stockpile of enriched uranium and send four reports a year to its board of governors and the member-states of the United Nations Security Council. But, Iran vowed to keep its volume of heavy water below 130 tons. After the JCPOA went into effect, the United States purchased 32 tons of excess heavy water from Iran for $8.6 million, but Iran could not find another major buyer for its excess heavy water. Iran was able to reach an agreement with the Sultanate of Oman to store its excess heavy water in an Omani port city.

Commercial transactions involving nuclear material and equipment with Iran are prohibited by American law. Breaching these prohibitions can spark fines and even prison sentences. The reach of these laws has been extended by the US to beyond its own borders. Technically, the US can now impose new sanctions on Russia or Oman for receiving excess enriched uranium and heavy water from Iran. In which case, Iran would need to stop producing enriched uranium and heavy water, or reject the ceilings set by the JCPOA. Iran has decided to take the second option.

In the next report to the International Atomic Energy Agency, Yukiya Amano, the IAEA’s Director-General, will inform members that Iran has reduced its commitments under the terms of the JCPOA. However, any withdrawal from the JCPOA, whether small, like those announced by President Rouhani, or total, like the US withdrawal, mean that the JCPOA has been broken. In fact, Iran argues that the US withdrawal from the deal, the re-imposition of American sanctions and the inability of European parties to the agreement to compensate for these sanctions, give the Islamic Republic the right to reciprocate.

France’s Defense Minister Florence Parly told French media that European signatories to the agreement were doing everything possible to keep the deal alive. China and Russia, both blamed Washington’s original withdrawal for the current situation. Still, Rouhani emphasized that Iran was not pulling out of the JCPOA. “We do not want to leave the agreement. All the peoples of the world should know that today is not the end of the JCPOA; it is a new step within the framework of the JCPOA,” he said. Rouhani also said that the five other parties to the agreement would face a “very decisive reaction” if Iran’s nuclear case was referred to the UN Security Council.

Iran says six-month extension of nuclear talks may be necessary

Reuters: Iran's talks with global powers on curbing its...