US Commander: Threats Will Not Stop Us Countering Iran 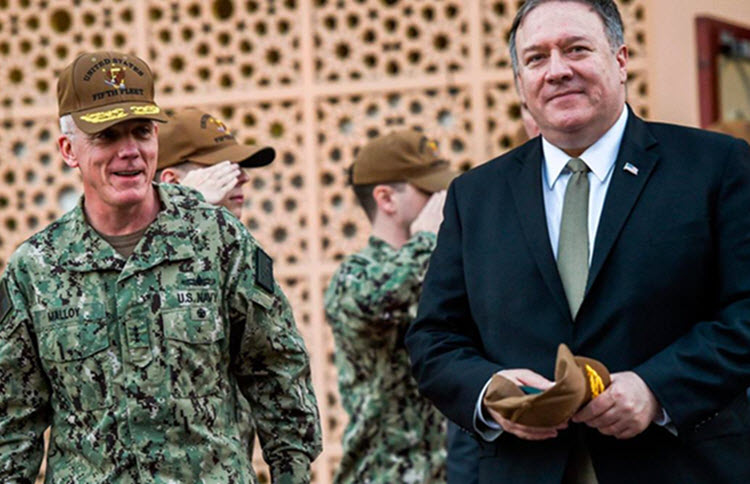 The commander of US naval forces in the Middle East said Thursday that intelligence showing a threat from Iran would not stop him from using an aircraft carrier into the Strait of Hormuz if needed.

Vice Admiral Jim Malloy, the commander of the US Navy’s Bahrain-based Fifth Fleet, did not confirm whether this meant that he would send the USS Abraham Lincoln carrier strike group into the strategic shipping lane near Iran, through which one-fifth of the global oil supply is sent.

The strike group, which was rushed to the Middle East as a warning to Iran, arrived in the Red Sea on Thursday and is now under Malloy’s command.

Malloy said: “If I need to bring it inside the strait, I will do so. I’m not restricted in any way, I’m not challenged in any way, to operate her anywhere in the Middle East.”

The Pentagon said that the Lincoln’s deployment had been expedited after US intelligence indicated that Iran was preparing to stage attacks against US forces or interests, something Malloy said was linked “with actual activity that we observed”, which was enough for him to say that it was a “threat”.

US officials who spoke anonymously said that the intelligence indicated that Iran had placed missiles on boats that were capable of being launched from a small ship. They also noted increasing concerns about attacks from the Iran-backed Shi’ite militia in Iraq, especially after it was revealed that those militias killed 600 US troops between 2003 and 2011.

Malloy did not comment on the intelligence but confirmed that some concerns centred on Iranian missiles.

He said: “It might be a new fielding of technology by Iran [and it] falls under the category of destabilizing and offensive in nature.”

However, he stressed that while US forces are ready to respond to any attack, they are not seeking war with Iran.

Malloy said: “I am not in a war-plan footing and have not been tasked to do so. However, we are absolutely ready to respond to any aggression against the United States, partners in the region, or our interests.”

This was echoed by Trump, who said: “We have one of the most powerful ships in the world that is loaded up and we don’t want to do anything.”

US-Iran tensions have been rising since Trump withdrew from the nuclear deal last year and began imposing sanctions on the country, notably its oil with the goal of cutting Iran’s oil exports to zero. The US has also designated Iran’s Revolutionary Guard (IRGC) as a terrorist organization.

Blair to push for Security Council action on Iran