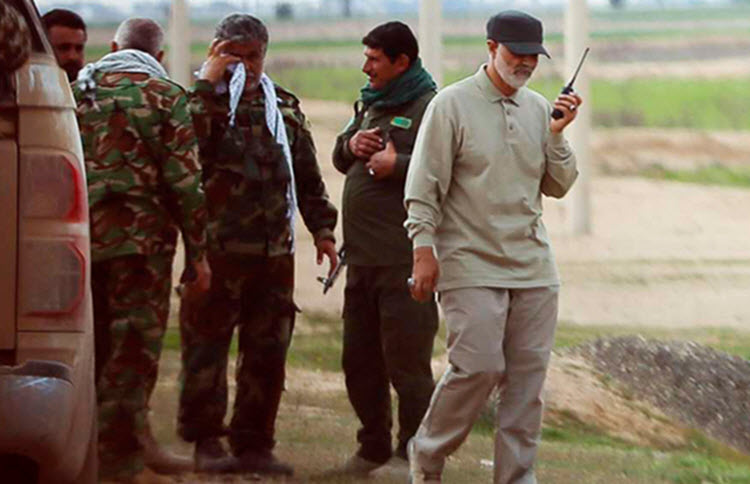 The head of Iran’s extra-territorial military force recently met Iraqi militias in Baghdad and told them to “prepare for proxy war”, according to a report on Friday in Britain’s Guardian.

Two senior intelligence sources told the Guardian that Qassem Suleimani, leader of the Revolutionary Guards Quds Force, summoned the militias under Tehran’s influence three weeks ago, amid a heightened state of tension in the region.

The move to mobilize Iran’s regional allies is understood to have triggered fears in the US that Washington’s interests in the Middle East are facing a pressing threat, the report said. The UK raised its threat levels for British troops in Iraq on Thursday.

While Suleimani has met regularly with leaders of Iraq’s myriad Shia groups over the past five years, the nature and tone of this gathering were different. “It wasn’t quite a call to arms, but it wasn’t far off,” one source said.

The meeting has led to a frenzy of diplomatic activity between US, British, and Iraqi officials who are trying to banish the specter of clashes between Tehran and Washington and who now fear that Iraq could become an arena for conflict.

The gathering partly informed a U.S. decision to evacuate non-essential diplomatic staff from the US embassy in Baghdad and Erbil and to raise the threat status at US bases in Iraq. It also coincided with a perceived separate risk to US interests and those of its allies in the Persian Gulf and led to a heightened threat that more than a decade of proxy conflicts may spill over into a direct clash between Washington and Tehran, the Guardian wrote.

Leaders of all the militia groups that fall under the umbrella of Iraq’s Popular Mobilization Units (PMUs) were in attendance at the meeting called by Suleimani, the intelligence sources claimed. One senior figure who learned about the meeting had since met with western officials to express concerns.

As the head of the IRGC Quds Force, Suleimani plays a significant role in the militias’ strategic directions and major operations.

The British Foreign Secretary, Jeremy Hunt, appeared to align the UK on Thursday with U.S. claims that Tehran’s threat posture had changed. “We share the same assessment of the heightened threat posed by Iran,” he said on Twitter. “As always we work closely with the USA.”

The US has ordered a naval battle group and a squadron of B-52 bombers to the region, in response to the perceived increased threat.

New York Times: Iran said Tuesday that it had...