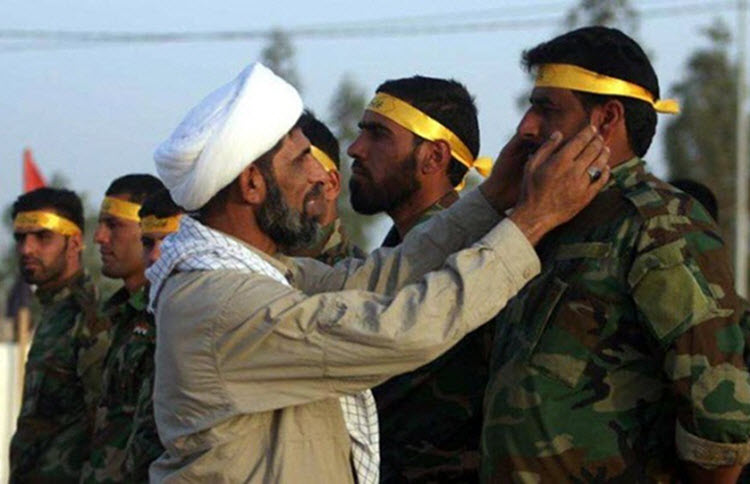 The institute said that the information and sources used to create the map was compiled mainly from primary source data, including contacts within militia circles and social media analysis collected for nearly ten years.

Iran-backed militias including the Badr Organization, Hezbollah and Asa’ib Ahl al-Haq are seen in countries like Lebanon, Iraq, and Jordan, with details about their leaders, movements, and attacks.

“There is a bit of complexity that’s far more important that we’ve overlooked, and that overlooked piece is the growth and the rise of Iranian power in the region,” Soref Fellow Phillip Smyth said.

Through the interactive map, Smyth has detailed growing Iranian influence in the region through the militias, stating that they have required a lot of their recruits from Iraq, Syria, Lebanon, as well as Afghan refugees and Pakistani Shiites.

“Some of these groups were recognized by the Iranian government, but some weren’t, with tens of thousands of men at the front and the acknowledgment isn’t really there but, meanwhile, Iran is reaping all the benefits,” Smyth said.

The project focuses on where the fighters come from, mapping out different neighborhoods.

Smyth said that he also mapped out the sites that are important to these religious factions, and how these sites are used “to craft a narrative to make men go to war and fight for Iran.”

The Washington Institute explained that this approach has fundamentally altered international perceptions of the region’s ongoing wars and Iran’s propensity for using proxies.

“Shia militia activities are often wrapped in a broader narrative about “pro-government forces.” Even when these groups take on dominant roles in a given conflict and pursue goals that differ from those of government forces, they still tend to be described as little more than supportive elements,” Smyth wrote.

“This further disguises crucial regional and ideological developments related to the militias and their patronage networks,” he added.

Iran remains the principal creator and backer of militias throughout the Middle East. As the 2018 US National Defense Strategy noted, “Iran is competing with its neighbors, asserting an arc of influence and instability while vying for regional hegemony, using state-sponsored terrorist activities, a growing network of proxies, and its missile program to achieve its objectives.”

The 2019 US Worldwide Threat Assessment added that Iran “probably wants to maintain a network of Shia foreign fighters” in Syria.