Iran: The Pentagon’s Plan to Send up to 10,000 Troops to the Middle East 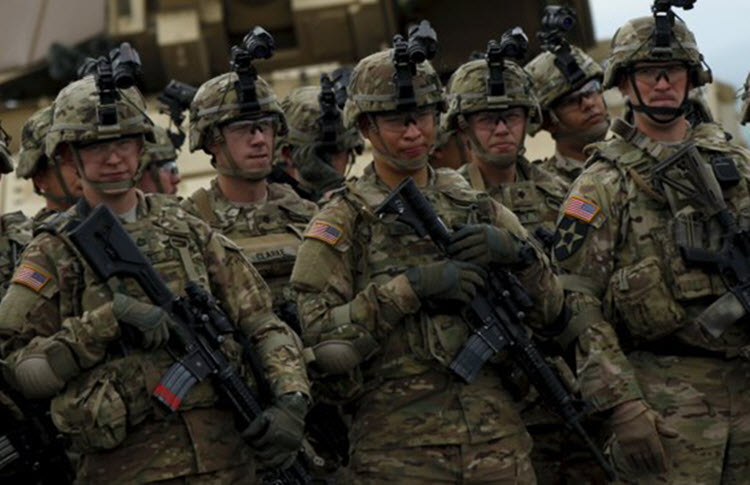 It is reported that U.S. plans to dispatch thousands of troops to Middle East, the Pentagon will brief Trump administration officials on a plan to increase America’s troop presence in the region. It’s unclear exactly how many service members might be deployed, but reports put the number somewhere between 5,000 and 10,000. Of course, they won’t go anywhere unless President Donald Trump approves the plan, a still unclear outcome.

Earlier this month, U.S. officials announced they had intelligence showing that Iran planned to attack Americans in the Middle East. As a result, the US put an aircraft carrier, bomber planes, and anti-missile batteries in the region, though it’s not clear exactly where.

Those moves, National Security Adviser John Bolton declared, were meant “to send a clear and unambiguous message to Iran that any attack on United States interests or on those of our allies will be met with unrelenting force.”

Iran, meanwhile, told its many proxies to prepare for war if the US attacks, and has greatly speeded up low-enriched uranium production for its nuclear program. Those moves increased concerns that Washington and Tehran were headed for conflict, either because Iran hawks in the Trump administration want to start one or because something may go wrong during a tense moment.

On Tuesday, it seemed like the heated situation was cooling off. Acting Defense Secretary Patrick Shanahan told reporters, “I think our steps were very prudent, and we’ve put on hold the potential for attacks on Americans. And that’s what’s extremely important.” In other words, the imminent threat that the Trump administration was concerned about may not be so imminent anymore.

Potentially sending thousands of troops closer to Iran, shows the Trump administration may not want the standoff to end just yet.

What planning to send thousands of troops to the Middle East might mean.

There are still a lot of unknowns about this scenario. For example, it’s still unclear who, exactly, Pentagon officials will brief in the White House. And no one knows if sending more of America’s sons and daughters to the Middle East is the preferred option, or if it’s a break-glass-in-case-of-emergency plan.

Even so, there are three main ways one can interpret this new information.

First, it’s probably good that the Pentagon is doing this kind of planning. The military should be prepared for all kinds of situations, especially if there is credible intelligence that Iran aims to attack Americans in the near future. However, it’s still possible that President Donald Trump and his aides will reject this plan in favor of a less forceful alternative. After all, Trump has openly and privately said he has no desire for a war with Iran.

Second, the administration may have purposely leaked this plan to pressure Iran and keep it on its toes. Even though Shanahan said this week that the situation seemed stable, the US may want to signal it needs to stay that way — or else.

Alternatively, someone could have leaked it to gauge the public’s reaction to the idea, in an effort to either gain support for it or see it die on the vine.

Finally, there’s a scary take: The US is genuinely preparing for conflict.

Of course, 10,000 troops would be far too few to invade Iran — the number needed is estimated to be anywhere from 100,000 to just under 2 million. But sending any number of troops for a military operation against a country would make it bristle.

It would also increase the chance of miscalculation, especially if Iran or one of its proxies operates near the newly deployed service members. Someone could shoot first due to concerns of an impending attack.

But again, it doesn’t seem like Trump is itching for a fight. After a Tuesday briefing on the Iran intelligence led by Secretary of State Mike Pompeo, Sen. Chris Murphy (D-CT) tweeted, “I actually don’t believe that the Administration wants war.”

Of course, news about Trump potentially sending thousands of troops to the Middle East is scary. And any sort of future war with Iran, after all, would likely kill hundreds of thousands of people. But for now, it sounds like it’s just a potential plan — and not the administration’s course of action.