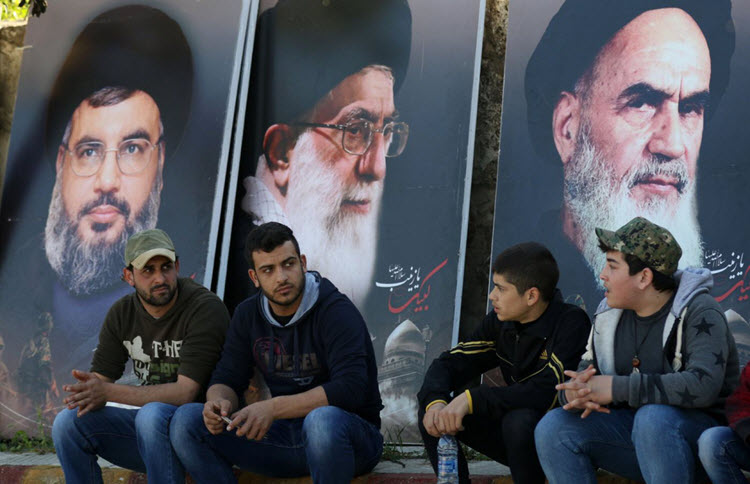 US President Trump is waging financial warfare against Iran and its terrorist network. Hezbollah, Iran’s terrorist proxy in Lebanon, is getting the worst of it, as the Trump administration works to pry it away from Iran.

It receives 70 percent of its annual revenue from Iran — totaling around $700 million in annual funding. Hezbollah is running out of funds. It needs Iranian cash to survive.

Iran’s oil industry provided most of the funds. Crude petroleum made up about 72 percent of Iran’s trade exports. But, Iran’s crude oil production fell to its lowest levels in nearly 30 years in May.

According to Reuters oil tanker tracking data, Iranian crude exports in May fell to around 400,000 barrels per day. That means Iran is exporting less than 20 percent of what it did in April of last year. That was the month before President Trump withdrew from the Iran nuclear deal and began reimposing financial sanctions against Iran.

A number of hard hitting sanctions came into effect in November 2018, most notably in its crucial oil sector. The president declared that those who purchase oil from Iran must cut all crude oil imports from Iran. To avoid shocking the oil market, President Trump granted eight nations a six-month oil trade extension.

When the trade waivers ended the China, India, Japan, South Korea and Turkey continued to import Iranian oil. Reduced oil exports mean reduced funds for Iran, which means less funding for its terrorist proxies. To survive, Hezbollah will have to look elsewhere for support.

For the first time in 36 years, Hezbollah’s leader, Hassan Nasrallah, has appealed for donations in a public address in April.

The Houthi-run radio station called on its listeners to support Hezbollah. Senior analyst for the Arabia Foundation Fatima Abo Alasrar said that, in the past month, the campaign raised $120,000. Houthi-run Saba News Agency said the fundraising efforts will “have a significant impact in strengthening the Axis of Resistance,” referring to Iran’s proxy network. Iran’s financial crisis is actually bringing its terrorist network closer together.

Or, Hezbollah may decide to break from Iran or it may lose power in Lebanon. Hezbollah’s current military and political power mean that the only way Lebanon could join an anti-Iran alliance is if it had Hezbollah’s support or if it gained control over Hezbollah.
.
The U.S. is working hard to specifically target Hezbollah.

Whether it will be successful in tearing down Hezbollah’s power in Lebanon remains uncertain. But if it doesn’t, another power will.

Europe, primarily France and Germany, are increasingly becoming more involved in the Middle East. After the U.S., Germany is the second-largest financial supporter of Lebanon. France also supports Lebanon financially and militarily. These two nations may become a significant impediment to Iranian influence in the region.

Lebanon is the Christian center in the Middle East. Today, 40 percent of Lebanon’s population belong to a Christian denomination. Iran wants to push the Christians out of power in the Lebanese government. Europe will not allow that to happen.

Hamid Azimi is the Communications Director for the Iranian...